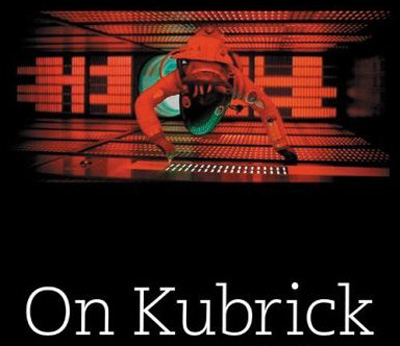 James Naremore's On Kubrick is a substantial new study of the director's feature films. Each film (excluding Spartacus, omitted on the grounds that it is not an auteurist work) is given approximately twenty pages of analysis, within six rather broad chapters.

Naremore strikes a largely successful balance between production history, synopsis, criticism, and theory. He does include un-necessarily long dialogue extracts, though there is minimal exposition, and his analysis is always fascinating and often original. (Many books on Kubrick, unlike Naremore's, are either overly theoretical [Michel Chion, Thomas Allen Nelson, Mario Falsetto] or overly descriptive [Norman Kagan, Gene D Phillips].)

Do we really need another guide to Kubrick's films? There have been a plethora either written or revised since his death in 1999 [Alison Castle, Paul Duncan, James Howard, Alexander Walker, David Hughes, etc.], though Naremore's is justified because of his archival research. He quotes from screenplay drafts and correspondence, uncovering new information regarding Kubrick's dealings with studios and censors.

The book's photographs are apparently screen-grabs rather than production stills, and are consequently rather murky. There is even a fuzzy screen-grab from a bootleg copy of Fear & Desire, even though a clearer production still of the same shot exists. Ironically, given the book's title, there are no images of Kubrick himself.

Spartacus is omitted from Naremore's consideration, though AI is included. While Kubrick planned AI for much of the early 1990s, arguably little of his original vision remains in the final Steven Spielberg film, so why Naremore includes it yet excludes Spartacus (begun by Anthony Mann, though taken over by Kubrick) is a mystery.