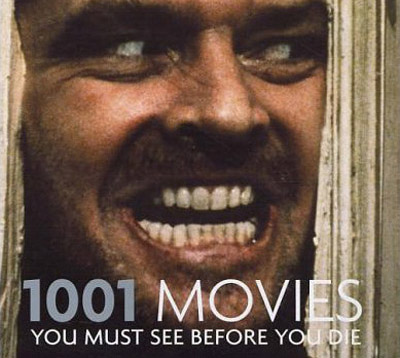 1001 Movies You Must See Before You Die, edited by Steven Jay Schneider, has been revised again. A handful of films have been removed from the last edition, published in 2005, replaced by new entries in this 2006 edition.

Again the deleted films and their replacements are all very recent. Casualties this time include important films such as City Of God, Hero, Russian Ark, and Kill Bill I. Also, many of the new entries added to the 2005 edition have been deleted from this 2006 edition! Personally, I prefer the 2005 version.