Art Of The Devil II 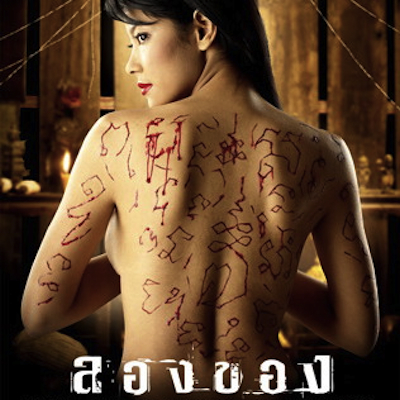 The violence was as gory as I'd expected. More so, actually, because the piece de resistance at the end, when a young man's skin is slowly flayed off with a blowtorch, was unexpected. In another set-piece scene, geckos burrow bloodily out of a man's body. The plot, in which a seemingly angelic woman is revealed to be an insane cannibal and murderer, and the protracted torture scenes, are vaguely reminiscent of Audition.

There is a clever twist at the end, and, unlike cop-out Hollywood horror films, there are refreshingly no survivors. Although the final twist is explicitly designed to explain the background to the plot, it does not offer any explanation for the utterly evil nature of three central characters. This suggests that melodrama took precedence over character motivation, though that would be my only criticism of this gruesome and fun film.
Categories: film reviews, Thailand
continued...