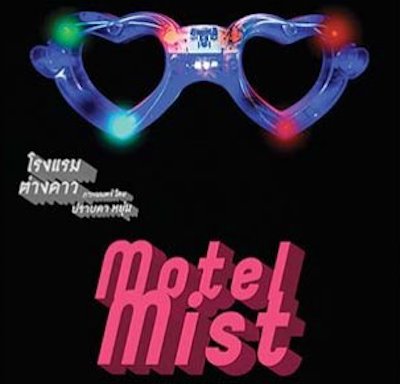 Motel Mist (โรงแรมต่างดาว), the directorial debut of writer Prabda Yoon, was dropped by its distributor, TrueVisions, the day before its scheduled release date. Apparently, the studio hadn't anticipated such a risqué drama, and Prabda organised an independent release a month later. The studio's name was removed from the credits, though the film still includes plenty of product placement for the company, as an entire subplot is told via TNN, the TrueVisions news channel.

The title refers to Motel Mistress, the 'love motel' where the majority of the film is set, and there are knowing references to Psycho, with the motel clerk's peephole hidden behind a painting. The standout scene, though, is the journey to the motel (driving symbolically away from Bangkok's Democracy Monument): a middle-aged man picks up a teenage prostitute, and their awkward fumble is choreographed to Bizet's Carmen.