'So Bad It's Good' Month 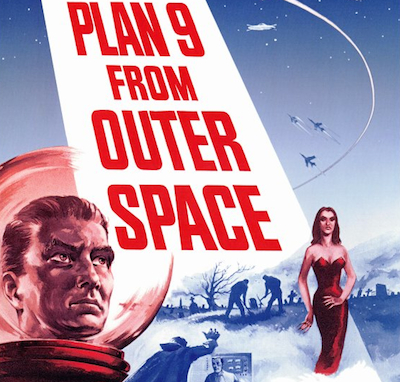 Bangkok's Jam Cafe is hosting a 'So Bad It's Good' season this month, as part of its regular Cult Movie Night event. Tonight's film is Edward D Wood's trash masterpiece Plan Nine From Outer Space, one of the most notorious of the 1950s sci-fi B-movies. (Previous Cult Movie Night seasons include Philip Seymour Hoffman Month and Noir Month.)

Plan Nine has had an undeserved reputation as the worst film ever made ever since it was named as such in Michael and Harry Medved's book The Golden Turkey Awards. (Aside from mocking bad films, Michael Medved is also a religious critic of liberal media values; his Golden Turkey Awards is significant only because it inadvertently drew attention to the obscure Ed D Louie film Him.)