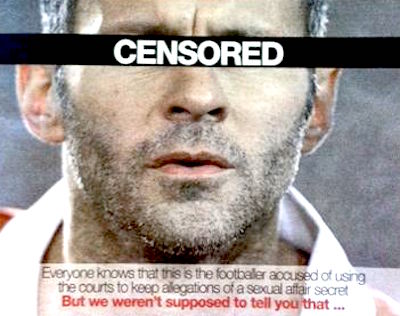 Ryan Giggs took out an injunction earlier this year to prevent the news of his affair with Imogen Thomas from being made public. The injunction only applied to English and Welsh media, and Giggs was named by the Scottish newspaper the Sunday Herald two days ago.

Yesterday, MP John Hemming used parliamentary privilege to name Giggs in the House of Commons: "With about 75,000 people having named Ryan Giggs on Twitter, it's obviously impracticable to imprison them all". This opened the floodgates, and today's newspapers have all named Giggs despite the injunction.
Categories: censorship, media
continued...