"Using all forms of violence..." 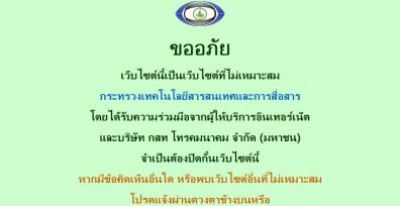 An audio clip in which Prime Minister Abhisit Vejjajiva appears to call for the suppression of the red-shirt demonstrators "using all forms of violence" has been blocked by the Ministry of Information, Communication, and Technology. Thai sites that previously streamed it (including Matichon and Thai Insider) have now deleted it.

The tape was edited to misrepresent Abhisit, using extracts from his 19th and 26th April Confidence In Thailand TV programmes. According to the Democrats, it was originally distributed via email by an employee of SC Asset (a company owned by Thaksin's younger sister). It was apparently sent to Pheu Thai (the political party Thaksin controls) on 26th August. It has since been broadcast by ASTV and D-Station.