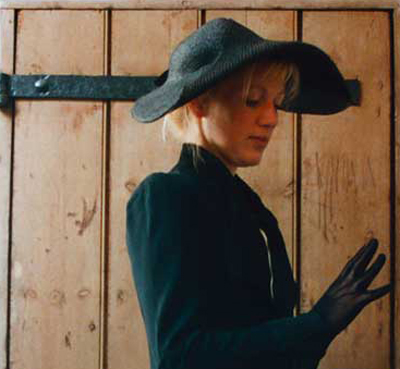 In the early 1990s, Stanley Kubrick was planning to make a film about the Holocaust, titled Aryan Papers. Kubrick wrote the screenplay, adapted from Louis Begley's novel Wartime Lies, and cast Johanna Ter Steege in the lead role. However, when Steven Spielberg's Schindler's List went into production, Aryan Papers was abandoned, as Kubrick and/or the studio feared that audiences would have Holocaust-fatigue after Spielberg's film. (The same situation occurred in the early 1970s, when Kubrick could not secure funding for his Napoleon biopic after the release of Waterloo, and he suffered at the box-office in 1987 when Platoon was released before his own Vietnam war film, Full Metal Jacket.)

A new short film, Unfolding The Aryan Papers by Jane and Louise Wilson, features pre-production photographs of Johanna Ter Steege (costume tests, photographed by Kubrick, from the Stanley Kubrick Archive) and new film footage of the actress shot by the Wilsons. The exhibition will be showing at the British Film Institute (in London) and online (Animate Projects), from 13th February to 19th April.
Categories: film reviews, Stanley Kubrick
continued...