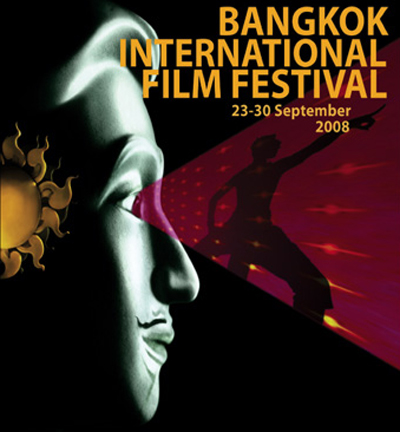 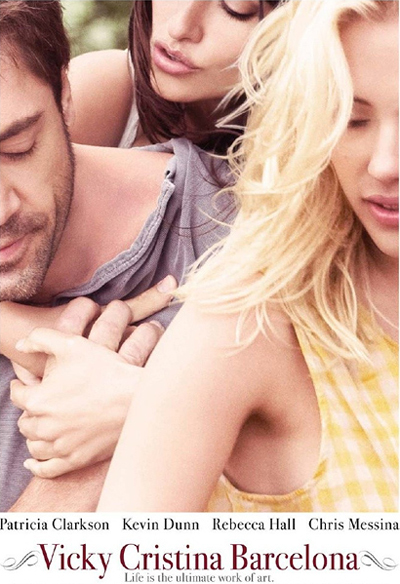 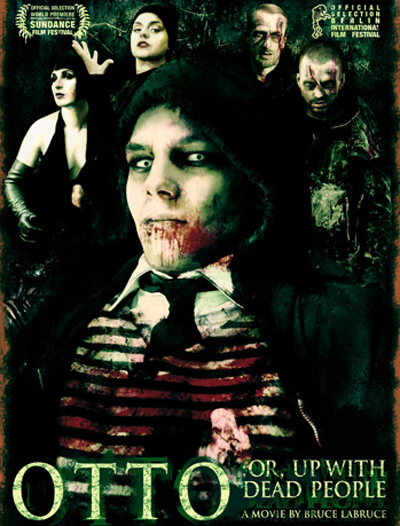 This year's Bangkok International Film Festival runs from 23rd September until tomorrow at CentralWorld's SF World cinema. The poster was designed by Tears Of The Black Tiger director Wisit Sasanatieng.

The future of the event had been in doubt following corruption charges filed against Juthamas Siriwan, the former head of the Tourism Authority of Thailand, relating to money she received from the American company Film Festival Management; the budget is much reduced from last year, leading to a 'quality not quantity' agenda this time around. Children Of The Dark, a drama about child prostitution in Thailand, has been withdrawn from the schedule - a reminder that TAT is still the main sponsor.

Vicky Cristina Barcelona is Woody's Allen's fourth consecutive European film, after three London productions (Match Point, Scoop, and the badly-received Cassandra's Dream). It stars Scarlett Johansson, who also appeared in Match Point and Scoop. The film feels very light and inconsequential, with its holiday-romance plot and an ending which puts all the characters back to the same positions they were in at the beginning. Penelope Cruz gives the most passionate performance; her final scene of jealous rage recalls Judy Davis's first scene in Deconstructing Harry. Barcelona's city council certainly got their money's worth: they funded the film, which is full of picture-postcard Catalan scenery.

In Otto, a young man (the Otto of the title) who thinks he's a zombie (and might actually be one) is hired by Medea, a pretentious art-film director, to star in a gay zombie film titled Up With Dead People. Medea's earnest revolutionary rhetoric recalls the sloganeering of The Raspberry Reich; she also paraphrases Apocalypse Now: "I love the smell of the graveyard in the afternoon. It smells like extermination". Ingeniously, her girlfriend, Hella, appears to be trapped in a silent movie: she is always shown in black-and-white, and her dialogue is delivered via inter-titles. The most notorious sequence is a more graphic version of a scene in David Cronenberg's Crash. The film was co-produced by Terence Koh, and his artworks can be seen in some of the sets.

Brillante Mendoza's film Serbis is, like La Chatte A Deux Tetes, set almost entirely in an adult movie theatre (named Family, apparently a real location). Like Persona, it opens with a 35mm print being threaded into a projector and ends with the celluloid burning up. In between, Serbis follows the lives of a family living and working in the Family cinema, as they deal with pregnancy, infidelity, a large boil, and a stray goat. Their cinema is patronised by 'service boys', whose services are shown in rather graphic detail (again, like La Chatte A Deux Tetes), though the real star is the dilapidated Family cinema itself.
Categories: film screenings, Thailand
continued...