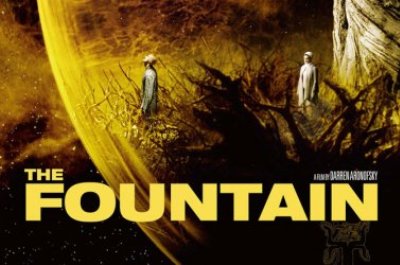 The Fountain is Darren Aronofsky's third film. His previous works, Pi and Requiem For A Dream, were both staggeringly original, hallucinogenic pieces of cinema.

The film, starring Hugh Jackman and Aronofsky's partner Rachel Weisz, is an exploration of the eternal pursuit of love, death, and immortality, in the past, present, and future. But it's impossible to put all this into a film lasting barely ninety minutes, especially as the short running time includes numerous repetitions of key scenes.

It begins with a quote from Genesis, though its narrative is explicitly derived from Mayan creation mythology and its future sequences seem inspired by Buddhism. The result is a conventional tragic love story with added 2001-style cosmic exploration and narrative ambiguity.
Categories: film reviews
continued...