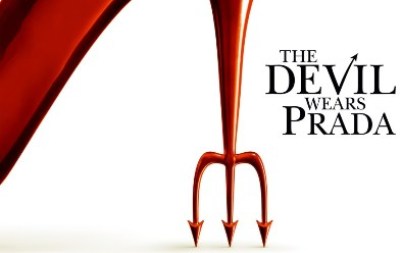 The Devil Wears Prada is based on the novel of the same name by Lauren Weisberger, a thinly fictionalised account of her former boss, Vogue editor Anna Wintour.

Wintour is known for her impossible demands, glacial demeanor, and dark glasses, all of which are adopted by Meryl Streep in the lead role, Miranda Priestly, editor of the Vogue-esque magazine Runway. The film's central pleasure is Meryl Streep's performance - she's clearly having fun playing such an icy character

It's the basic fish-out-of-water plot: innocent girl moves to the big city and tries to fit in, then it starts to change her, and finally she realises she doesn't want to fit in after all. A similar tale of working for a bitchy Vogue editor was the basis of the Sex & The City episode A Vogue Idea, and it's no surprise that the director of The Devil Wears Prada, David Frankel, also directed several Sex & The City episodes.
Categories: film reviews
continued...