An impressive new library and cinema will open at the Thai Film Archive in Salaya next month. The Archive has always maintained an extensive collection of Thai and English film books, though it was previously housed in a Portakabin. Screenings at the new cinema include A Streetcar Named Desire (featuring one of Marlon Brando’s greatest performances) on 15th March, and the Thai New Wave classic Dang Bireley’s and Young Gangsters [sic] (2499 อันธพาลครองเมือง) on 7th and 20th March. All screenings are free, and the cinema and Cherd Songsri Library are both located in the new Sanbhasatra Building. 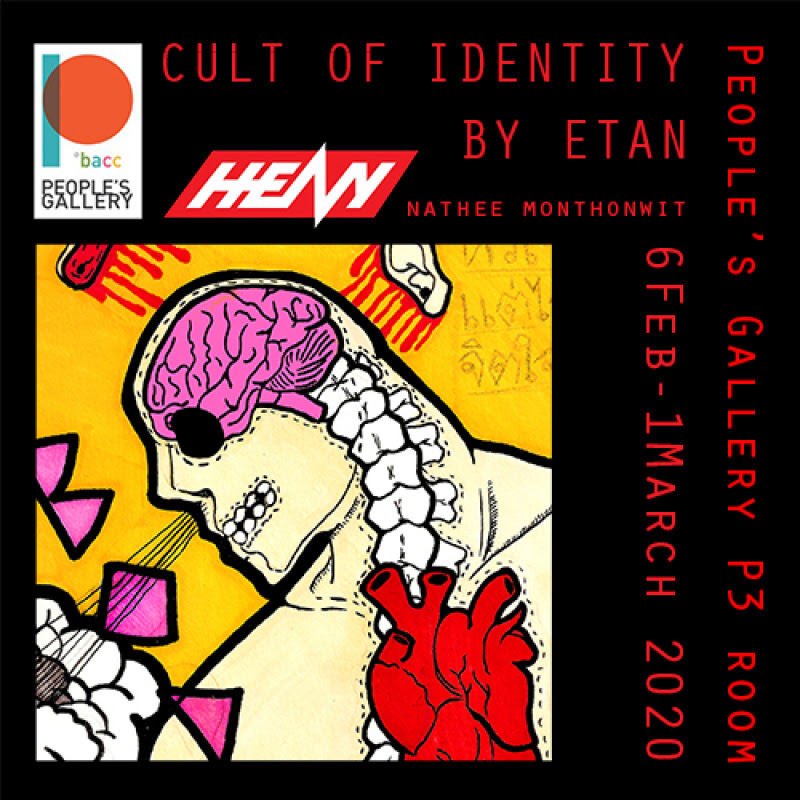 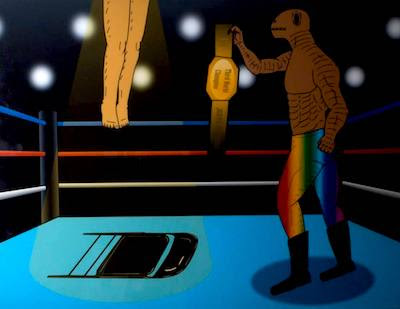 Nathee Monthonwit’s exhibition Cult of Identity opened at BACC on 6th February, and runs until 1st March. Nathee’s cartoon-style digital prints satirise society, politics, and the military. One picture, World of Wrestling (โลกมวยปล้ำ), combines references to the 6th October 1976 massacre and the 2014 coup. The painting shows the folding chair from Neal Ulevich’s infamous photograph of the massacre, with the hanging corpse as a wrestler defeated by a figure representing the military junta. 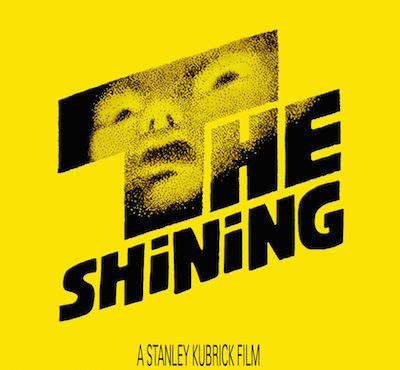 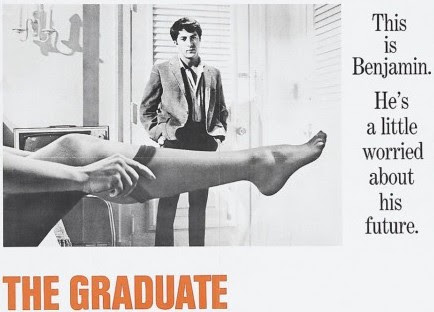 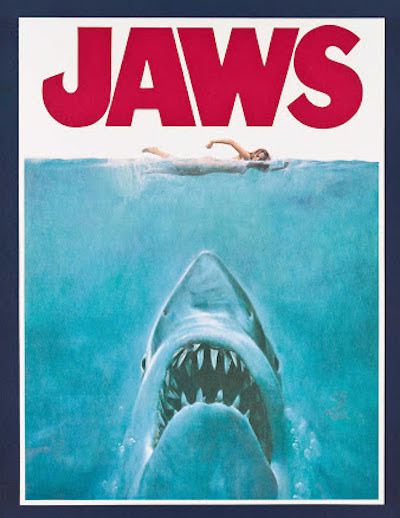 After The Wizard of Oz and Annie Hall, the Thai Film Archive has announced the next batch of films in this year’s World Class Cinema (ทึ่ง! หนังโลก) programme. Highlights over the next few months include Stanley Kubrick’s horror film The Shining (showing on 15th March), the ‘New Hollywood’ classic The Graduate (19th April), Steven Spielberg’s masterpiece Jaws (17th May), and the South Korean ‘golden age’ melodrama The Housemaid (하녀; 16th August).

The Shining was originally scheduled for last year’s World Class Cinema season, though Kubrick’s A Clockwork Orange was shown instead. All screenings will take place at the Scala cinema in Bangkok.
Categories: film screenings, Stanley Kubrick, Thailand 1 comment(s) 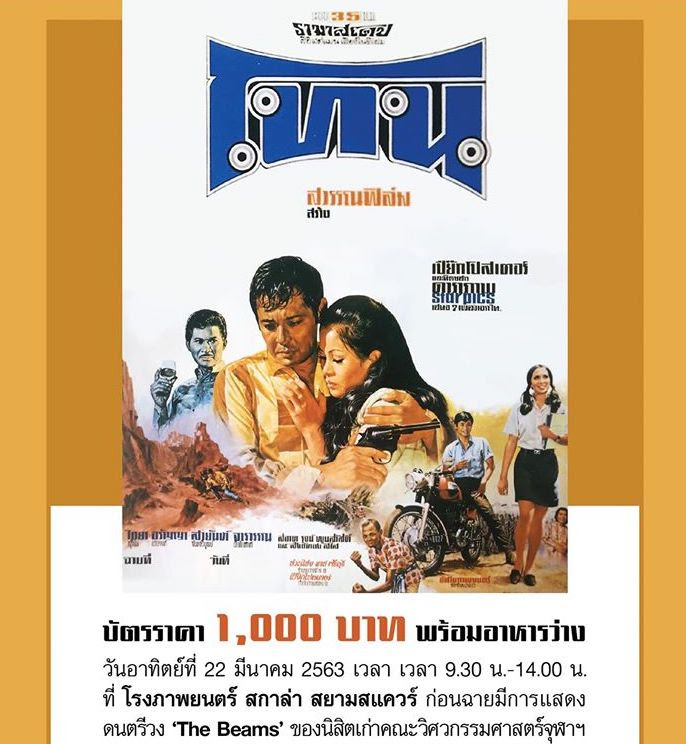 Next month will be a rare opportunity to see one of the Thai film industry’s greatest classics on the big screen. A Man Called Tone (โทน) represents a turning point in Thai cinema: before its release, almost all Thai films were formulaic quickies, shot on 16mm without sound. The success of A Man Called Tone led to a creative and technical evolution in the film industry, making it Thailand’s first truly modern film.

A Man Called Tone will be shown at Bangkok’s Scala cinema on 22nd March. Scala is the perfect venue for the film’s revival, as A Man Called Tone was originally released in 1970, only a few months after Scala first opened.

In her essay in Film in Southeast Asia, Chalida Uabumrungjit writes that A Man Called Tone “changed the way of thinking in Thai filmmaking.” In another essay in the same book (the most authoritative history of Thai film), Anchalee Chaiworaporn describes it as “a key transitional point in the history of the Thai movie.” It has an equally laudatory review in Thai Cinema: “The significance of Tone as a milestone in the development of Thai cinema cannot be underestimated.”
Categories: film screenings, Thailand 1 comment(s)

“The struggle will continue...” 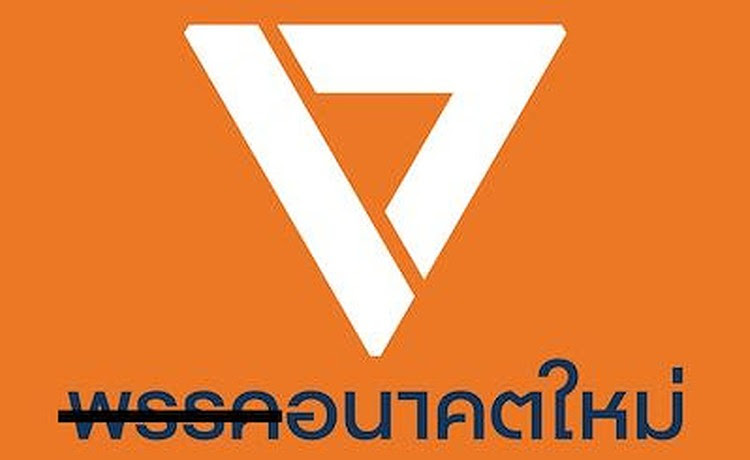 This afternoon, Thailand’s Constitutional Court dissolved the opposition Future Forward Party, ruling that it had violated party funding rules by accepting ฿191m from its founder, Thanathorn Juangroongruangkit. The money was seized by the Court, and Thanathorn and other Future Forward executives were banned from politics for ten years.

In fact, Thanathorn had loaned the money to Future Forward, as he explained in an interview with Southeast Asia Globe last week: “The loan has a clear contract – I’m not giving this money for free to the party.” (Party fundraising to repay the loan had already begun.) Despite this, the Court ruled that the money constituted a donation, therefore exceeding the ฿10m limit on donations to political parties.

The ruling against Future Forward was practically a foregone conclusion, given that the Constitutional Court has previously dissolved three other parties: Thai Rak Thai in 2006, the People Power Party in 2008, and Thai Raksa Chart last year. The Court also dismissed Yingluck Shinawatra as Prime Minister in 2014. In each of these cases, the Court’s judgements went against parties opposed to the military establishment.

Future Forward contested its first election last year, and quickly built up tremendous support among young Thais frustrated by the country’s perpetual cycle of military coups. Today’s verdict could lead to a significant increase in anti-military activism from this politically-engaged generation of Future Forward supporters.

In his Southeast Asia Globe interview, Thanathorn announced that the party would be renamed following its dissolution, and that he would lead a protest movement to campaign against the influence of the military: “If we’re found guilty of this and our party is dissolved, the struggle will continue... there will be two paths running in parallel – one is a new party in parliament, running under a new name but the same ideology, and the second is a social movement run by me”.
Categories: politics, Thailand 0 comment(s) 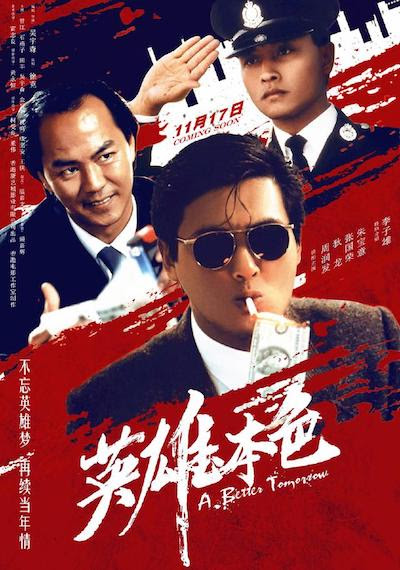 This weekend, Bangkok’s House cinema will be screening a 4k restoration of John Woo’s classic A Better Tomorrow (英雄本色). The film set the template for the ‘heroic bloodshed’ sub-genre of Hong Kong action films, which also included Woo’s The Killer (喋血雙雄). A Better Tomorrow will be shown tomorrow and on 23rd February. 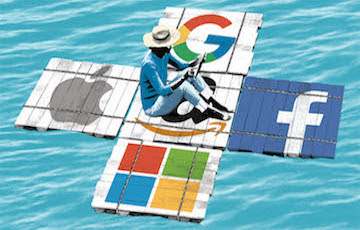 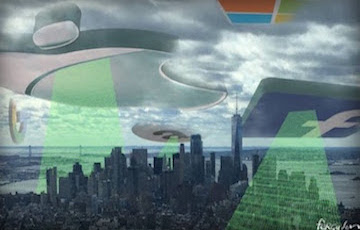 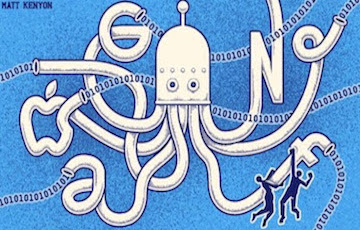 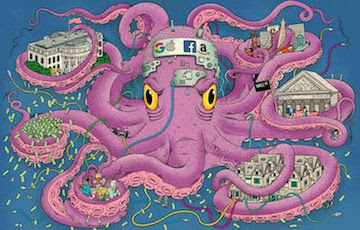 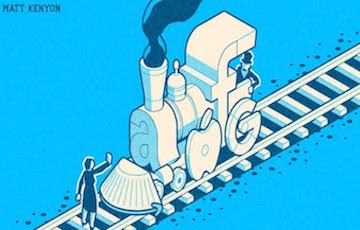 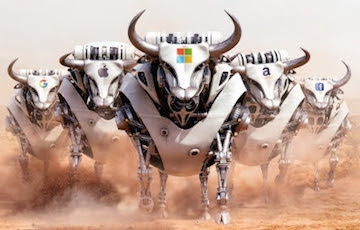 Scott Galloway’s book The Four: The Hidden DNA of Amazon, Apple, Facebook, and Google analyses the impact of the 800-pound gorillas of online technology: “Amazon, Apple, Facebook, and Google are the four most influential companies on the planet.” Galloway calls them “the Four Horsemen,” and Nick Bilton (author of Hatching Twitter) made the same point in a November 2017 Vanity Fair article: “The four horsemen of the coming economic apocalypse - Amazon, Apple, Alphabet, and Facebook - have already flattened entire industries.” (Alphabet is Google’s parent company.)

Referring to the same tech oligopoly, former Google CEO Eric Schmidt called them the “gang of four” at the D9 conference in 2011: “Obviously, one of them, in my view, is Google, the other three being Apple, Amazon, and Facebook.” Schmidt and Jared Cohen discussed the same four brands in The New Digital Age: “We believe that modern technology platforms, such as Google, Facebook, Amazon and Apple, are even more powerful than most people realize”. The Wall Street Journal (on Boxing Day 2012) assessed the rivalry between the same four firms (“Apple vs. Google vs. Facebook vs. Amazon”).

The Economist (on 1st December 2012) also highlighted the same quartet: “THE four giants of the internet age - Google, Apple, Facebook and Amazon - are extraordinary creatures. Never before has the world seen firms grow so fast or spread their tentacles so widely.” In a cartoon for the magazine’s cover, David Parkins depicted the companies as giant squid. Continuing the cephalopod metaphor, an article by Galloway in the March 2018 issue of Esquire featured an illustration by Andrew Rae representing the four companies as a giant octopus. A cartoon by Matt Kenyon in the Financial Times (23rd April 2018) showed the so-called FAANG group (Facebook, Amazon, Apple, Netflix, and Google) as a mechanical octopus, and in the FT on 17th June 2019, Kenyon depicted the group (minus Netflix) as a steam train.

Farhad Manjoo has also written extensively about this group of big tech giants, initially in a Fast Company (November 2011) cover story: “Apple, Facebook, Google, and Amazon battle for the future”. Adding Microsoft to the mix, Manjoo calls them “the Frightful Five” and his 6th May 2017 New York Times column featured an illustration by Doug Chayka showing a raft formed from the five logos. A photomontage by James Ferguson in the Financial Times on 15th November 2017 showed the same five as UFOs over New York. The cover of The Economist this week, by Justin Metz, shows them as five charging robotic bulls.
Categories: book reviews 0 comment(s) 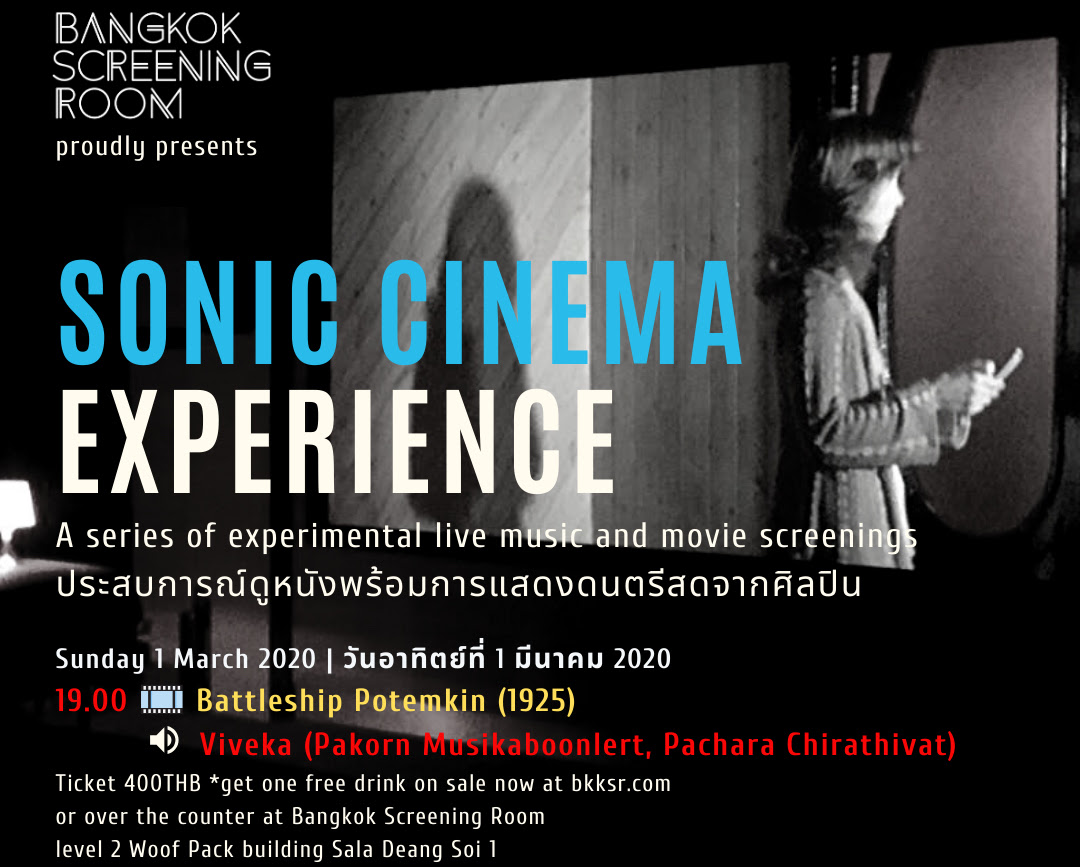 Bangkok Screening Room begins a new season of music and movies next month, with its Sonic Cinema programme of film screenings with live, experimental soundtracks. The season begins on 1st March with Sergei Eisenstein’s Battleship Potemkin (Бронено́сец «Потёмкин»), and this silent classic will be shown with live music by Viveka (Pakorn Musikaboonlert and Pachara Chirathivat).

Battleship Potemkin is an agitprop dramatisation of the 1905 Russian Revolution, though it also demonstrates Eisenstein’s revolutionary montage editing. The Odessa Steps massacre is arguably the most famous sequence in silent cinema. It was previously shown at Bangkok Screening Room in 2018, with a soundtrack by the Pet Shop Boys, and I saw it in 2011 at the Thai Film Archive with live music by Nipat Chaisap.

Sonic Cinema builds on a previous one-off screening of Suspiria, which also featured live accompaniment by Pakorn. (The season was originally scheduled to begin on 6th March with a different silent film, The Lodger.)
Categories: film screenings, Thailand 0 comment(s) 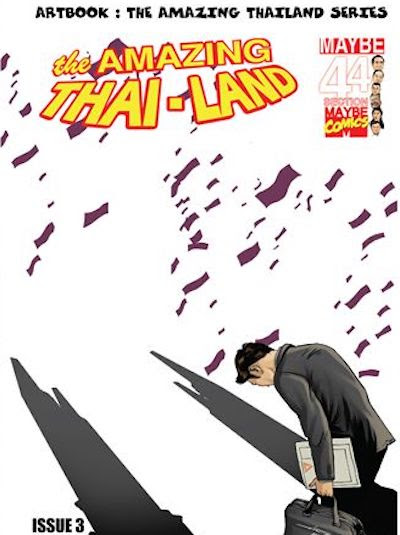 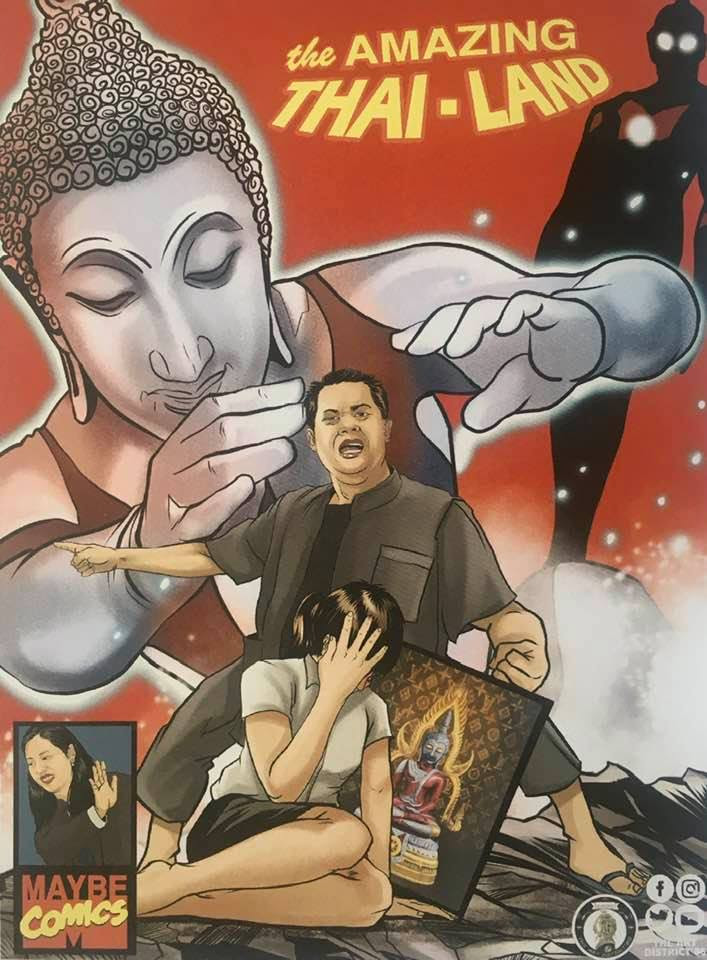 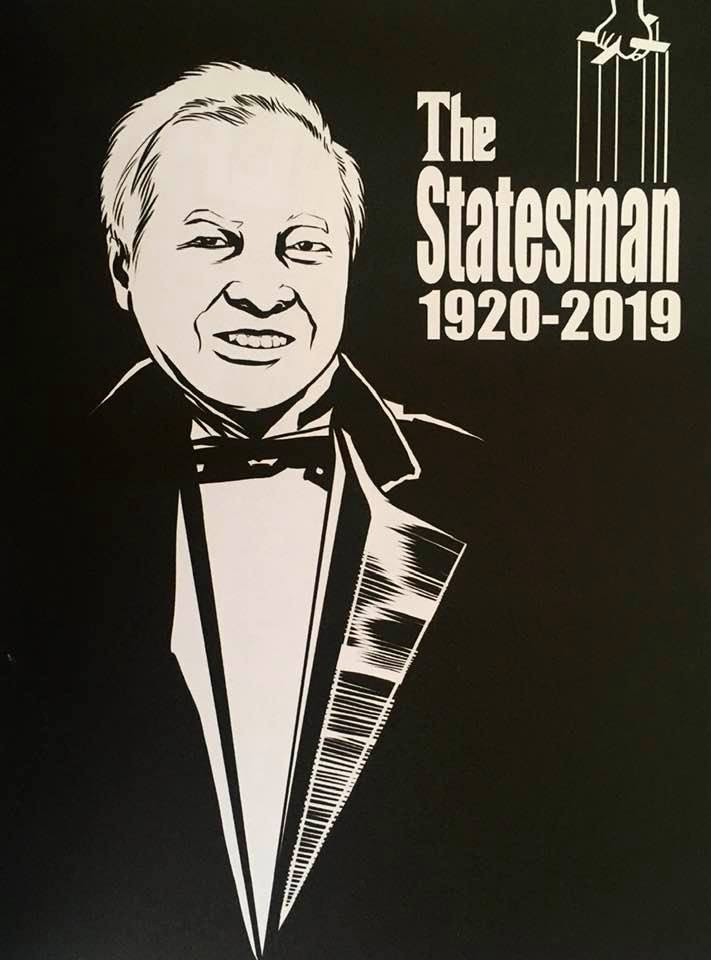 The book includes material from Chalermpol’s debut solo exhibition, and each work is a parody of contemporary Thai politics. Targets include the late Prem Tinsulanonda—portrayed as a Mafia godfather, representing his position in the so-called ‘network monarchy’ patronage system—and the public shaming of a student who painted the Buddha as Ultraman.
Categories: blasphemy, book reviews, politics, Thailand 0 comment(s) 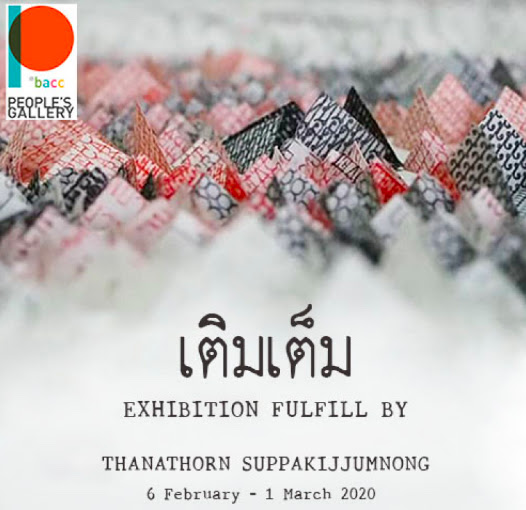 Each work was meticulously typed onto paper using a manual typewriter (two of which are on display at the exhibition), and Thanathorn achieves an almost photorealistic level of detail in the Family portraits. The other pictures incorporate folded paper, resembling the childrens’ fortune-telling origami game. The history of typewriter art is covered in the books Typewriter Art and The Art of Typewriting, and the exhibition runs until 1st March.
Categories: art exhibitions, Thailand 0 comment(s)
continued...