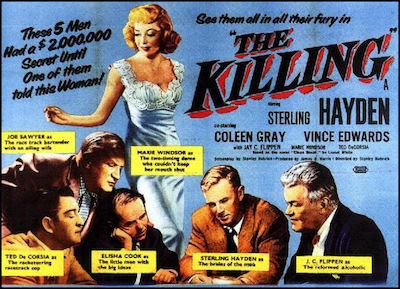 Bangkok Screening Room will be showing Stanley Kubrick's The Killing next month. The Killing, a noir thriller, was the first film Kubrick made with his producing partner James B. Harris. (His previous films, Fear and Desire and Killer's Kiss, had been made without a production company.) The Killing was one of many crime films influenced by John Huston's The Asphalt Jungle, though its editing is entirely original: its non-linear narrative style would later influence Quentin Tarantino's Reservoir Dogs. Sterling Hayden, star of The Asphalt Jungle and The Killing, would later play Jack D. Ripper in Kubrick's Dr Strangelove. The Killing will be shown at Bangkok Screening Room on 15th, 16th, 20th, 22nd, 23rd, 24th, 29th, and 30th June; and 1st July.
Categories: film screenings, Stanley Kubrick, Thailand 0 comment(s) Payut Ngaokrachang's Sudsakhorn Adventure (สุดสาคร) will be shown at the Thai Film Archive in Salaya on 26th and 30th June. Both screenings are free. In his definitive global history of animation, Cartoons, Giannalberto Bendazzi praised Sudsakhorn Adventure's "suggestive, modern interpretation of the country's graphic tradition." Unfortunately, in the book's second edition, Animation: A World History, Bendazzi revised his opinion: "apart from its decorative qualities, the film is an artistic failure." Nevertheless, Sudsakhorn Adventure remains a milestone in Thai animation, as the country's first feature-length cartoon.
Categories: film screenings, Thailand 0 comment(s) 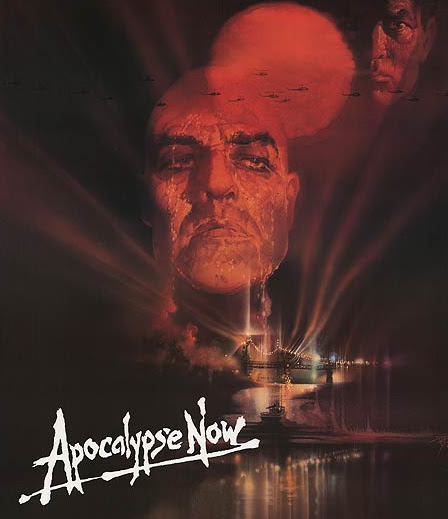 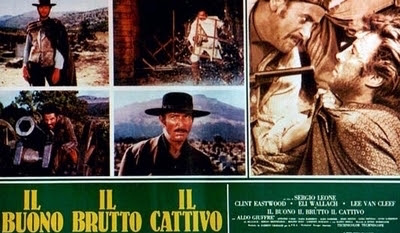 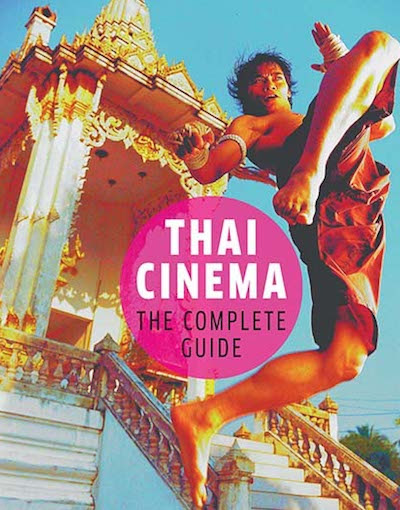 In their introduction, the editors note the challenges facing anyone researching Thai cinema: many films, from classics to relatively recent titles, are no longer in circulation; and English translations of names and titles are wildly inconsistent. The book is therefore an essential guide to films that remain largely inaccessible. To address the translation problem, RTGS is used throughout the book, though this is not an ideal solution, as it's not widely or consistently used by other sources. 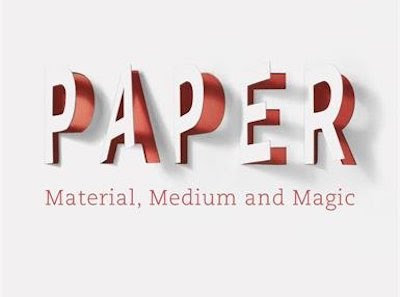 In their introduction to Paper: Material, Medium, and Magic, editors by Neil Holt and Nicola von Velsen argue that, despite the rise of digital media, paper retains its aesthetic value, and that its use in art and design deserves more consideration: "Such a history of paper has not, to our knowledge, yet been told." This is therefore the first book to provide a broad survey of paper as an artistic medium, with chapters on decorated paper, Japanese washi, pop-up books, origami, typography, marbling, and cartography (amongst other subjects).

As the editors recognise, most chapters "develop their themes in a rather cursory manner," given the book's wide scope, though some essays (on coloured paper, fine art, watermarks, and paper art) are more substantial. Many historical and contemporary illustrations are included. There is also a selected bibliography, to which could be added Marbling (by Phoebe Jane Easton), Marbled Paper (Richard J. Wolfe), The Papered Wall (Lesley Hoskins), History of Cartography (Leo Bagrow), and Printing Types (Daniel Updike). (Paper was translated from the German Papier: Material, Medium und Faszination; the English edition has an additional editor, Stephanie Jacobs.)
Categories: book reviews 0 comment(s)

The Democracy Restoration Group, which held a seminar last year to mark the third anniversary of the 2014 coup, today organised a pro-democracy protest in Bangkok on the coup's fourth anniversary. Several hundred protesters gathered this morning at Thammasat University's football field, from where they intended to march to Government House, though they were blocked by police barricades. In the early afternoon, a group of around 100 people broke through the barriers and marched as far as Democracy Monument, though the protest leaders were arrested and the demonstration ended before 4pm.

During the past four years of military rule, there have been repeated assurances from the junta that democracy is just around the corner. On 28th June 2014, coup leader Prayut Chan-o-cha pledged to hold an election by October 2015. Then, during a visit to Tokyo on 9th February 2015, he announced that an election would instead take place by February 2016. When that deadline passed, he announced on 9th August 2016 that an election would be held by November 2017. Then, on 10th October 2017, he pushed the election timetable forward to November 2018. Most recently, on 27th February this year, he said that an election will happen by February 2019.
Categories: politics, Prayut Chan-o-cha, Thailand 0 comment(s) 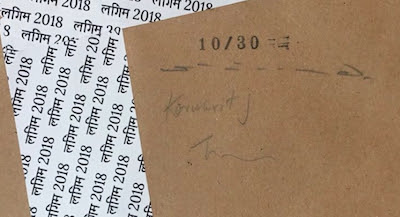 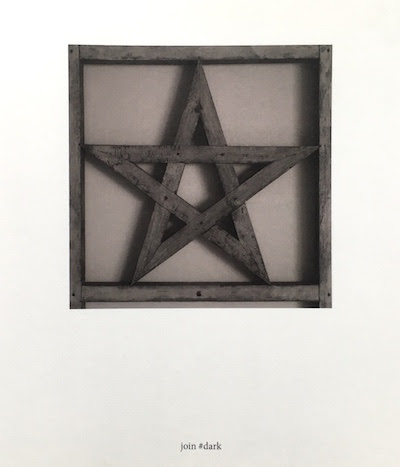 लिंगम् Project 2018 is a collaboration between three Thai artists - Kornkrit Jianpinidnan, Santiphap Inkong-ngam, and Thunska Pansittivorakul - who have each made a short video and produced a book of photographs. The artists took part in a Q&A at Asian Culture Station in Chiang Mai on 18th May.

लिंगम्, or 'linga', is the Sanskrit term for a phallic symbol (representing the Hindu god Shiva), and Thunska takes this literally in his book Quasi una fantasia (อัศจรรย์), which includes some hardcore imagery. There are also stills from his films Supernatural (เหนือธรรมชาติ), The Terrorists (ผู้ก่อการร้าย), and The Altar (หมู่บูชา).

The three artists' books - join #dark, Mountain Wind, and Quasi una fantasia - are available in a signed and numbered set. (My copy is number 10.) The package costs ฿800, which is remarkable given that the edition is limited to only thirty copies. 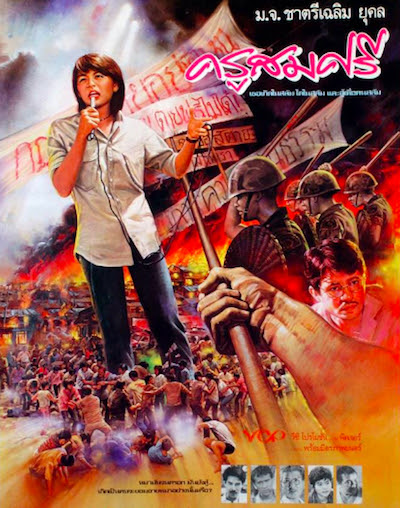 There will be a free screening of Chatrichalerm Yukol's ครูสมศรี at the Thai Film Archive tomorrow. The film, like the director's earlier His Name Is Karn (เขาชื่อกานต์), focuses on an eponymous central character fighting against corruption and bureaucracy. Chatrichalerm made several other equally groundbreaking socially conscious films, dealing with topics including prostitution (Angel/เทพธิดาโรงแรม), teenage drug addiction (Daughter/เสียดาย), and drug trafficking (Powder Road/ฮโรอีน).

Later, he switched gears and directed lavish royalist-nationalist epics such as The Legend of Suriyothai (สุริโยไท) and the Kingdom of War (ตำนานสมเด็จพระนเรศวรมหาราช) series about King Naresuan. His career trajectory is similar to that of Chinese director Zhang Yimou, who made the banned Raise the Red Lantern (大红灯笼高高挂) though whose later films such as Hero (英雄) were effectively state propaganda.
Categories: Thailand 0 comment(s)

Members of the punk/grindcore band Blood Soaked Street of Social Decay were arrested on Saturday after they burnt posters of Prayut Chan-o-cha at จะ4ปีแล้วนะ, an event marking the four-year anniversary of the 2014 coup. Thrash metal band Killing Fields also performed at the free concert, which took place at the 14 October '73 Memorial in Bangkok. (The event's full title includes the insult ไอ้สัตว์, though this was self-censored on the poster.) The show's organisers were also arrested, though no-one was charged.
Categories: censorship, politics, Prayut Chan-o-cha, Thailand 0 comment(s) 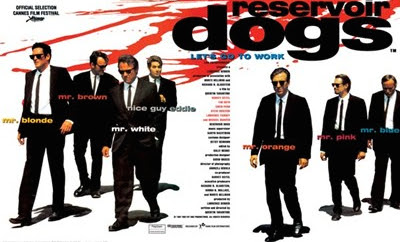 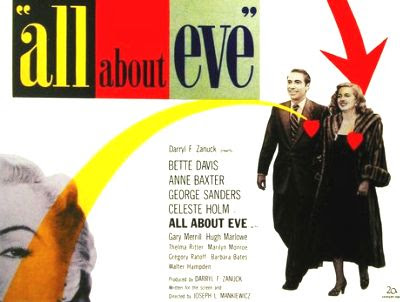 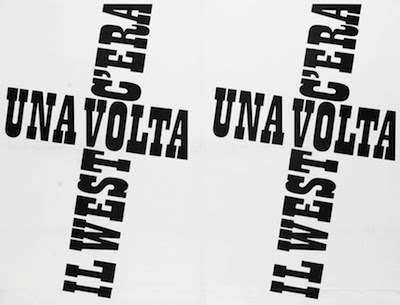 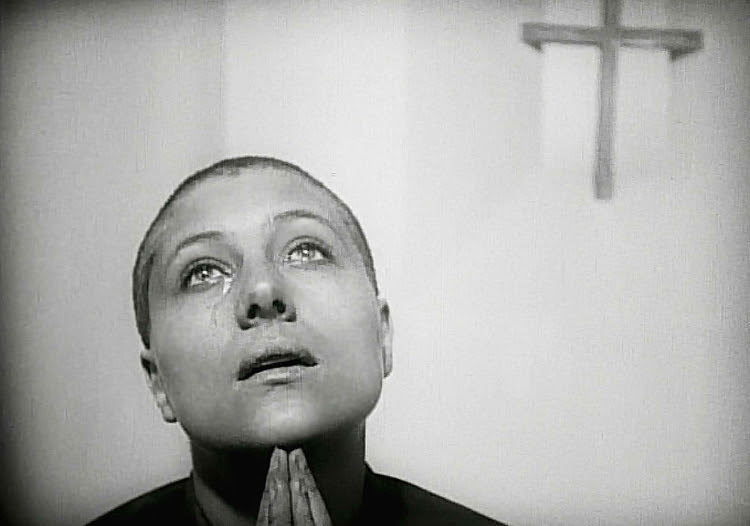 The 5th Silent Film Festival in Thailand will take place later this month. As in previous years (2014, 2015, 2016, and 2017), there will be a week of screenings at the Lido and Scala cinemas in Bangkok. This year's event opens on 24th May with a gala screening of Carl Dreyer's masterpiece The Passion of Joan of Arc (La passion de Jeanne d'Arc) at Scala. (It will also be shown at Lido, on 30th May.) The other films will all be screened at Lido, and in fact this will be Lido's swan song, as the cinema will close down permanently on the last day of the Festival, 31st May.
Categories: film screenings, Thailand 0 comment(s)

"I'm not gonna try to
sound like Winston Churchill..."

The latest episode of The Kubrick Series podcast is an interview Stanley Kubrick gave on 10th June 1987 to Tim Cahill, a magazine journalist. Cahill supplied his two-hour Dictaphone recording of the interview, and it was uploaded yesterday. The interview was first published in the 27th August 1987 issue of Rolling Stone. In the article, Cahill described Kubrick as "entirely unpretentious. He was wearing running shoes and an old corduroy jacket. There was an ink stain just below the pocket where some ball point pen had bled to death."

Comparing the tape and the published transcript, it becomes clear how much Kubrick's answers were compressed and paraphrased in the printed version. The article also includes several quotes that are not on the tape, such as "truth is too multifaceted to be contained in a five-line summary." These bon mots were clearly written later, and at one point on the tape Kubrick asks for some time to review a draft of the transcript: "Give me at least a day to have a crack at it... I'm not gonna try to sound like Winston Churchill, but I'd like to just tidy it up." He even specifies that he'd like a triple-spaced manuscript: "I've gotta have room to write, to change the words." (The Kubrick Archive has dozens of pages of interview transcripts similarly revised by Kubrick.)

This is the third posthumously-released Kubrick interview recording. Alison Castle's book The Stanley Kubrick Archives included a CD of Jeremy Bernstein's interview with Kubrick, recorded in 1966. The French radio series A voix nue broadcast Michel Ciment's Kubrick interviews from 1975, 1980, and 1987. (The archive of film critic Alexander Walker, at La Cineteca del Friuli in Italy, has two recordings of Walker's interviews with Kubrick, from 1980 and 1987.)
Categories: media, Stanley Kubrick 0 comment(s) 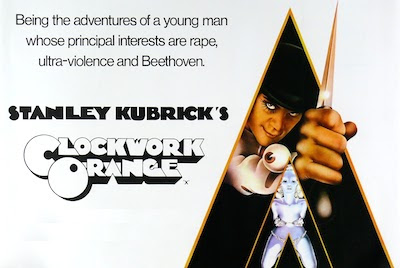 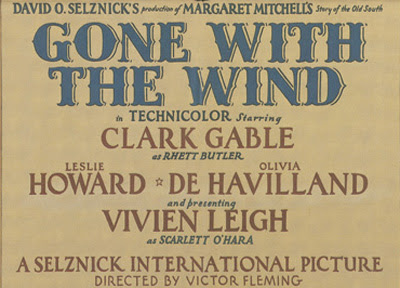 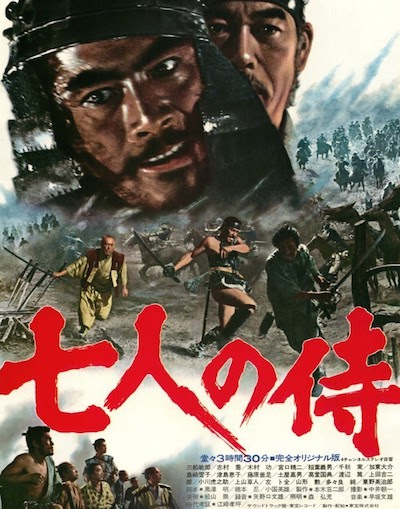 From tomorrow until Saturday, Bangkok's Cinema Winehouse will be screening a classic film every evening. Tomorrow, it's Stanley Kubrick's A Clockwork Orange, followed by Gone With the Wind on Thursday, Akira Kurosawa's Seven Samurai (七人の侍) on Friday, and The Exorcist on Saturday.
Categories: film screenings, Stanley Kubrick, Thailand 0 comment(s) 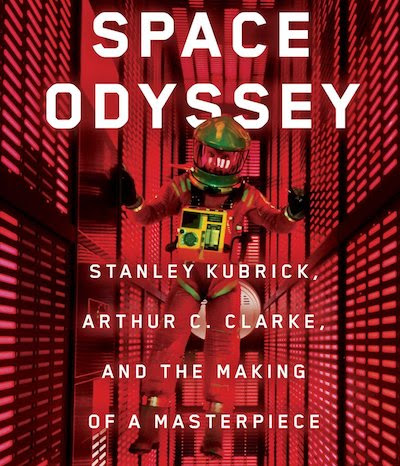 Michael Benson's Space Odyssey: Stanley Kubrick, Arthur C. Clarke, and the Making of a Masterpiece provides a new production history of 2001: A Space Odyssey, to mark the fiftieth anniversary of the film's release. Benson's previous book was the excellent Cosmigraphics, and Space Odyssey benefits from his dual interests in cosmology and visual art.

Through a Different Lens 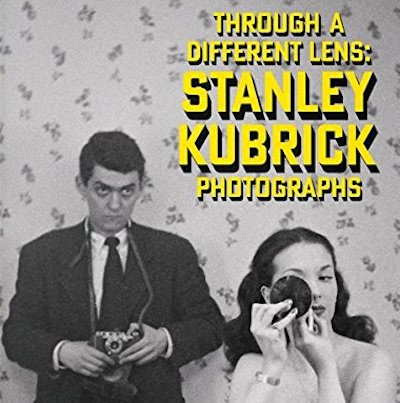 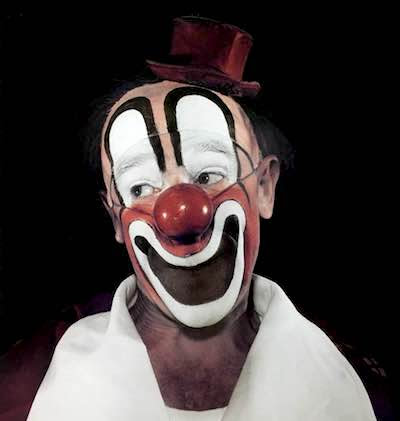 Donald Albrecht (co-editor of Only in New York) and Sean Corcoran curated Through a Different Lens: Stanley Kubrick Photographs, an exhibition opening today at the Museum of the City of New York (MCNY). They also edited the exhibition's lavish and comprehensive catalogue, published in folio format by Taschen.

Stanley Kubrick became a staff photographer for Look magazine in 1945, straight out of high school. Five years later, he quit in order to become a director. I have compiled a complete list of Kubrick's published photographs, which is included in the Stanley Kubrick Archive and was reprinted in Fotografie 1945-1950.

The images in Through a Different Lens are drawn from the MCNY's collection of thousands of Kubrick's photos. (Stanley Kubrick at Look Magazine is also based on the MCNY's collection.) The photographs are almost exclusively black-and-white, though there is a colour portrait of the clown Lou Jacobs. In their introduction, the editors argue that Kubrick's photography "honed his skills as both a storyteller and an image maker, albeit through a different lens."

There have been several previous catalogues of Kubrick's photographs: Ladro di sguardi, Still Moving Pictures, Drama and Shadows, Fotografie 1945-1950, Visioni e finzioni. A limited selection also appears in Art by Film Directors. To a greater or lesser extent, these surveys all have similar limitations: they decontextualise the images (presenting them out of sequence, either retitled or untitled), and they recycle a limited selection of photographs.

Through a Different Lens is the first book on Kubrick's photography to avoid these shortcomings. It includes more than 300 photographs, making it the most extensive collection in print. The arrangement is chronological, and Look publication details are also included.
Categories: art exhibitions, book reviews, media, Stanley Kubrick 0 comment(s)
continued...