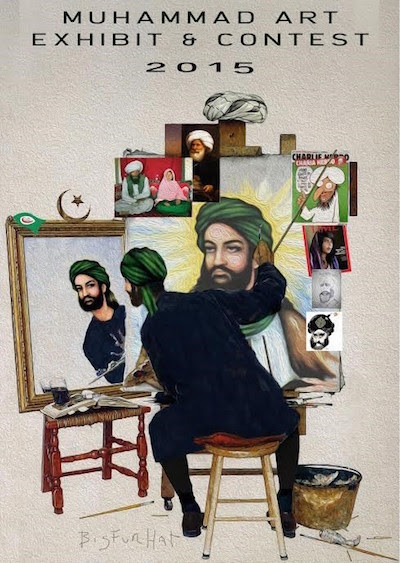 Two gunmen have been killed at an exhibition of Mohammed pictures in North Garland, Texas. The two men opened fire outside the Curtis Culwell Center, though they were both shot dead by police. The attack took place at the venue of the Muhammad Art Exhibit & Contest, an event organised by the anti-Islamic American Freedom Defense Initiative, which included a presentation by Fitna director Geert Wilders.

This is the third attack related to Mohammed images this year: there was a shooting at a cafe in Copenhagen in February, and a dozen people, including several Charlie Hebdo cartoonists, were killed in Paris in January. The Jyllands-Posten caricatures of Mohammed, and Charlie Hebdo's first Mohammed cover, were reprinted by the French magazine L'Obs on 16th April.