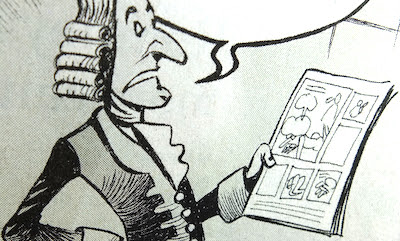 The International Herald Tribune newspaper today published a cartoon by Patrick Chappatte which includes a drawing of Mohammed. (It was first published by Le Temps newspaper in Switzerland.)

The cartoon shows Voltaire in the editorial office of French newspaper Charlie Hebdo. Voltaire is depicted holding a copy of Charlie Hebdo, which features a caricature of a naked Mohammed. Chappatte previously drew Mohammed in one of his 2006 cartoons.
Categories: censorship, media
continued...