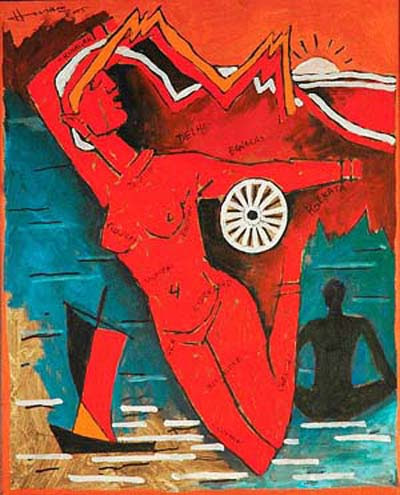 Indian artist MF Husain has gone into self-imposed exile in Dubai, after a ruling that his painting Mother India was sacrilegious. The painting, a nude portrait of India's mother-goddess Bharat Mata, provoked criticism when it was published by India Today on 6th February. (Husain previously caused controversy by quoting from the Koran in his song Noor-Un-Ala, from the soundtrack to his film Meenaxi.)
Categories: art exhibitions, censorship 0 comment(s) 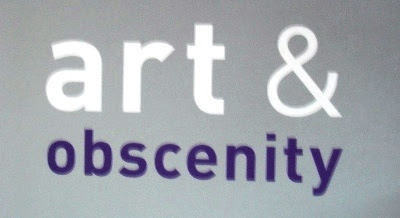 This book is so new that its copyright page says "Published in 2007". It's a short though dense overview of transgression, abjection, violence, and death in the arts. The author, Kerstin Mey, discusses obscenity in art photography and performance art, and her study is valuable as it's the first of its kind. She covers all the main bases - Julia Kristeva, Georges Bataille, Hermann Nitsch, Carolee Schneemann, Robert Mapplethorpe, Andres Serrano, Ron Athey - and it's exciting to see them all discussed together.
Categories: book reviews 0 comment(s) 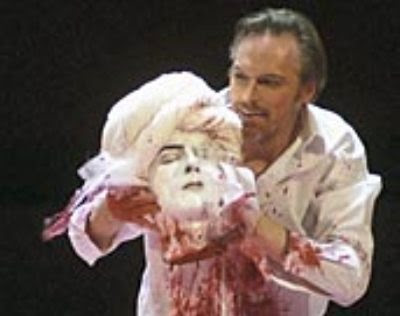 Idomeneo, the previously banned opera directed by Hans Neuenfels, was performed yesterday at Deutsche Oper Berlin. It will be performed again on 29th December. A triumph for freedom of expression!

Performances of the opera (written by Wolfgang Amadeus Mozart in 1781) opera originally scheduled for November were cancelled following advice from the German police, as the Neuenfels production includes a scene featuring the decapitated heads of Jesus, Buddha, Mohammed, and Poseidon. The production was performed in 2003, though it was initially felt that a revival this year may incite Muslim protests and thus put the safety of the performers and audience at risk. There were no reports of disturbances yesterday, however.
Categories: blasphemy, censorship 0 comment(s)

Women In A Society Of Double-Sexuality 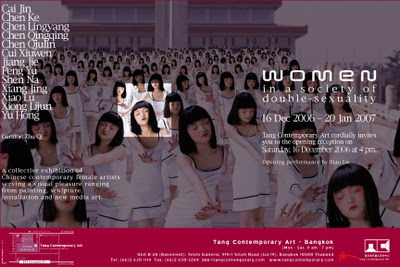 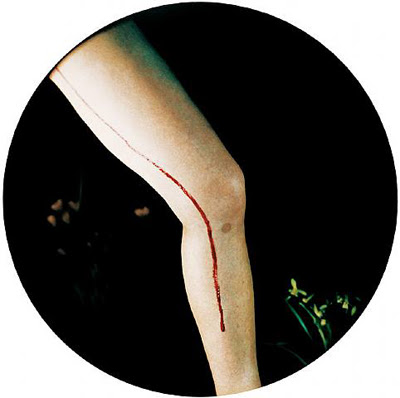 Twelve Flower Months is a collection of a dozen images, each depicting a different flower. Each photograph was taken as the artist was menstruating, and her menstrual blood is visible in each image, as it trickles down her leg or stains her crotch. The age-old fear of menstrual blood, perhaps the most potent cultural taboo, is directly challenged.

Chen was interviewed for the fascinating Channel 4 programme Beijing Swings in 2003 and she discussed the deeply personal nature of Twelve Flower Months. The exhibition runs from yesterday until 20th January 2007.
Categories: art exhibitions, censorship, Thailand 0 comment(s) 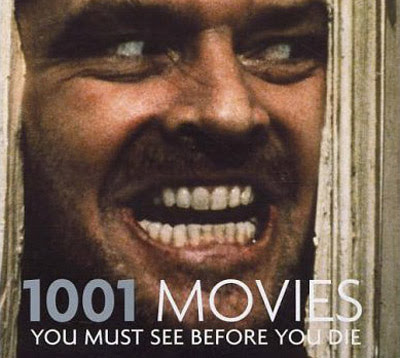 1001 Movies You Must See Before You Die, edited by Steven Jay Schneider, has been revised again. A handful of films have been removed from the last edition, published in 2005, replaced by new entries in this 2006 edition.

Again the deleted films and their replacements are all very recent. Casualties this time include important films such as City Of God, Hero, Russian Ark, and Kill Bill I. Also, many of the new entries added to the 2005 edition have been deleted from this 2006 edition! Personally, I prefer the 2005 version.

The film Colour Me Kubrick is a comedy about Alan Conway (played by John Malkovich), a conman who spent several years in the 1990s pretending to be Stanley Kubrick. It was surprisingly easy for Conway to use Kubrick's name whenever he wanted a free meal or a sexual favour. He met men in bars, introduced himself as Kubrick, promised them acting roles, and seduced them.

Alan Conway died in 1999 (as did Kubrick), and this film is based on a newspaper interview he gave after his con was discovered. The credits call it "A true...ish story", and with such limited source material it's not surprising that they invented much of the plot themselves.

The poster tagline is clumsy: "They wanted something for nothing. He gave them nothing for something". The only original music is an overly literal song by Bryan Adams: "I'm not the man you think I am...". The cast-list reads like a roll-call of mediocre 1980s British TV: Honor Blackman, Peter Bowles, Leslie Phillips, Robert Powell, and the appalling 'comedian' Jim Davidson.

The running-time is less than ninety minutes. The repetitive plot features Conway meeting people, schmoozing them, then moving on to someone else. The film relies entirely on John Malkovich's performance, though it gives him nothing to work with as there's no depth to the character.

The script was written by Anthony Frewin, one of Kubrick's personal assistants (who also wrote the book Are We Alone?). The director, Brian W Cook, was Kubrick's assistant director. Maybe they think that, by portraying Conway as a sleazy opportunist, they are avenging Conway on Kubrick's behalf, but the result is simply exploitative.

Alan Conway's story is a fascinating one. It's amazing that he could pass himself off as Kubrick for so long, and although he was motivated by financial and sexual gain, there are presumably also some psychological reasons for his actions. Whatever they may be, there are no insights into them in this film, only cheap laughs. It's pretty tasteless to make a comedy about Conway - the man was mentally unbalanced, after all.

Colour Me Kubrick currently has no theatrical or video distribution in either the US or UK. It's hard to see it, but it's not hard to see why. Conway was interviewed by Channel 4 for a short documentary called The Man Who Would Be Kubrick (1999) - it lasts for less than fifteen minutes, but it tells us more about Conway than Colour Me Kubrick does.
Categories: film reviews, Stanley Kubrick 0 comment(s) Le Cinema En 100 Films, by Thomas Leroux, is a guide to 100 classic films. The book was published last year, and has now been republished and retitled Les 100 Films De L'Histoire Du Cinema. Leroux previously compiled a list of 120 classic films, L'Indispensable Du Cinema En 120 Films, in 2002. (The 100 films are listed alphabetically, according to their French-language titles.)