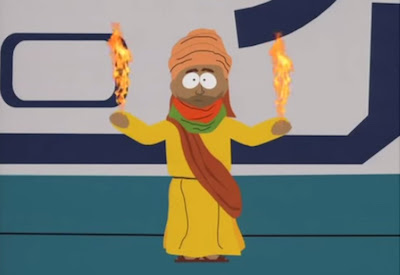 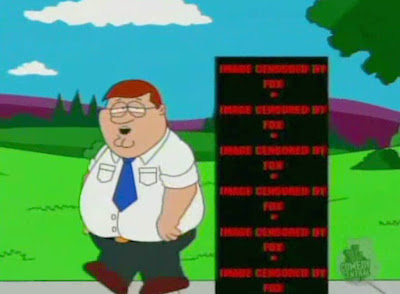 An episode from the current season of South Park has been censored by Comedy Central in the US. The episode - Cartoon Wars II, broadcast on 12th April - was a comment on the American media's refusal to reproduce the Jyllands-Posten Mohammed caricatures. The short sequence featuring Mohammed was replaced by a black screen. Both this episode and the one preceding it (Cartoon Wars I, 5th April) also include parodic censorship of other Mohammed images.

Ironically, however, Mohammed can be seen at the start of every episode in the 2006 season, as he appears in the opening titles sequence. Also, he appeared prominently in the 2002 season's opening titles and the episode Super Best Friends (4th July 2001), and these appearances are not censored when the episodes are repeated or syndicated. Also, last year the FX series 30 Days included a cartoon depiction of Mohammed, in its Muslims & America episode broadcast on 29th June 2005.