Battle for the Soul 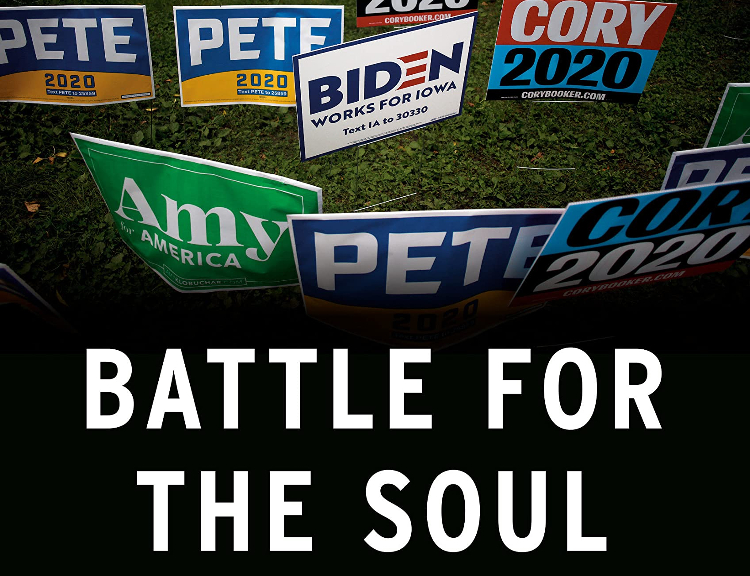 Tim Alberta’s American Carnage detailed the Republican Party’s radical transformation in the Trump era, and Edward-Isaac Dovere’s new book Battle for the Soul: Inside the Democrats’ Campaigns to Defeat Trump examines the Democratic Party’s regrouping during Trump’s term of office. Whereas Trump led the Republicans down a path (or cul-de-sac) of extremism, the 2020 Democratic nominee—Joe Biden—was aligned with his party’s moderate wing (though his presidency has been more progressive than many predicted).

Battle for the Soul’s title is adapted from an article Biden wrote for The Atlantic magazine in 2017, in the aftermath of the Charlottesville neo-Nazi rally: “We are living through a battle for the soul of this nation.” The book features Biden’s first Oval Office interview as President, in which he draws “a direct line” between Trump’s endorsement of the Charlottesville white supremacists and the 6th January storming of the Capitol.