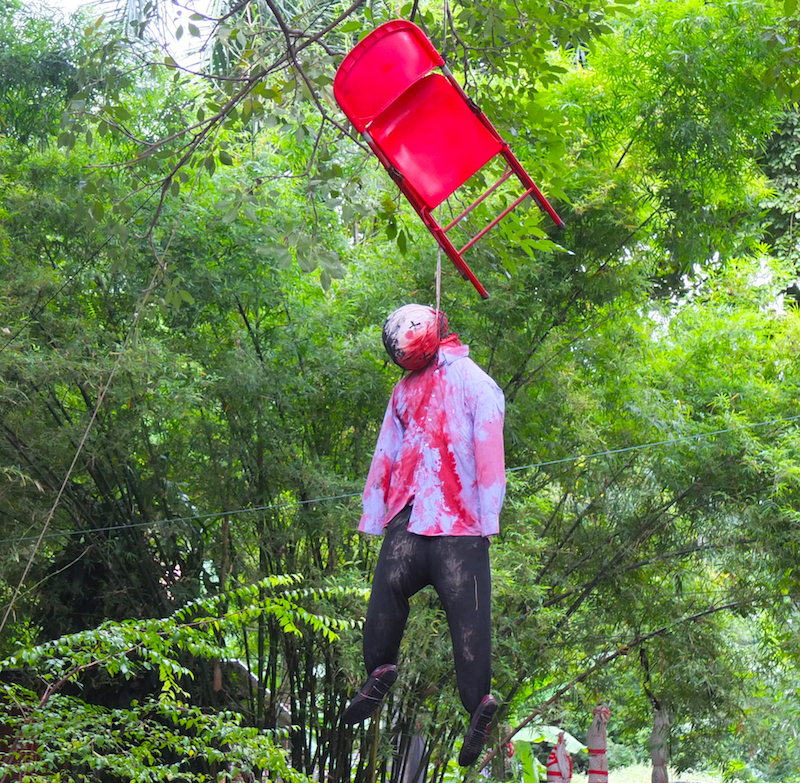 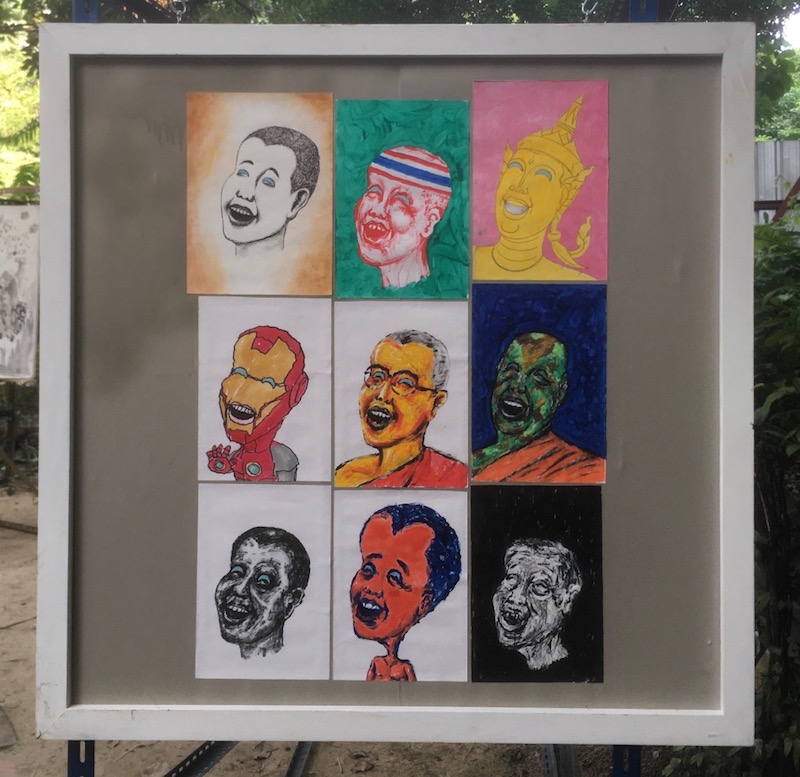 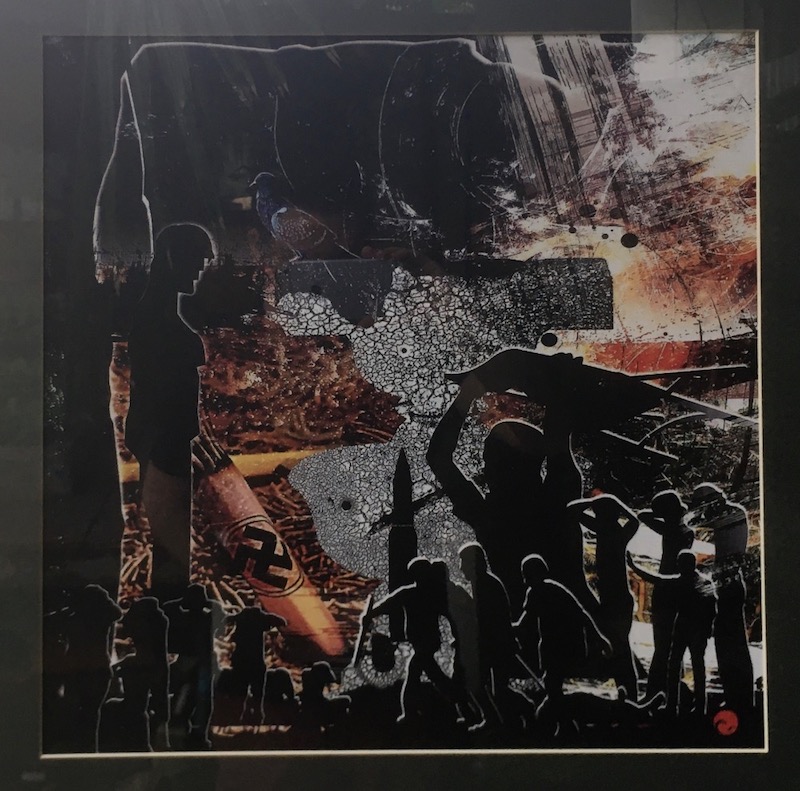 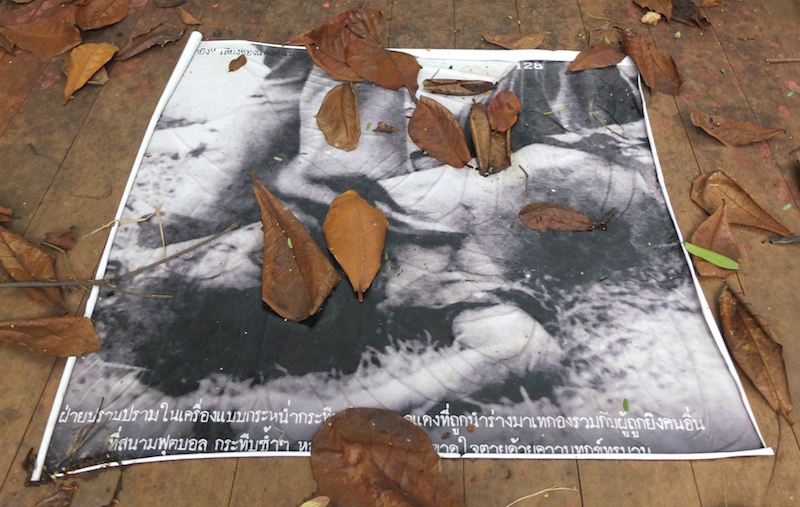 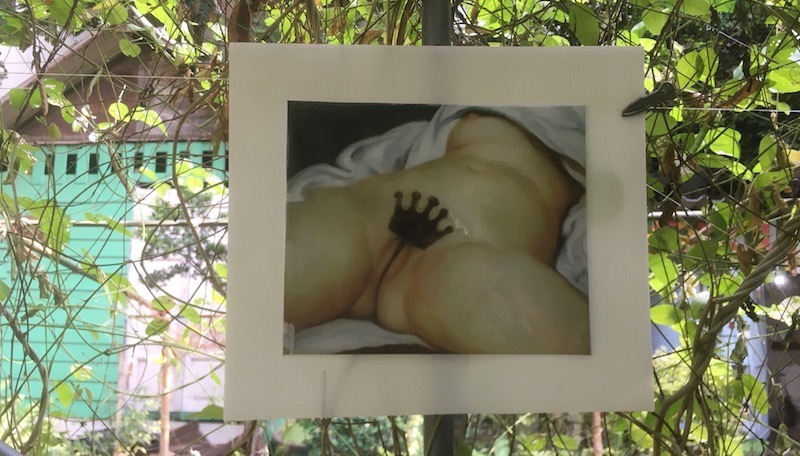 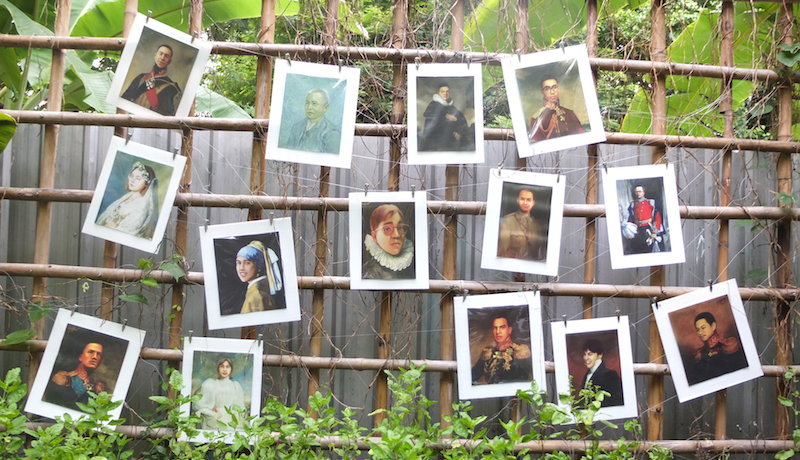 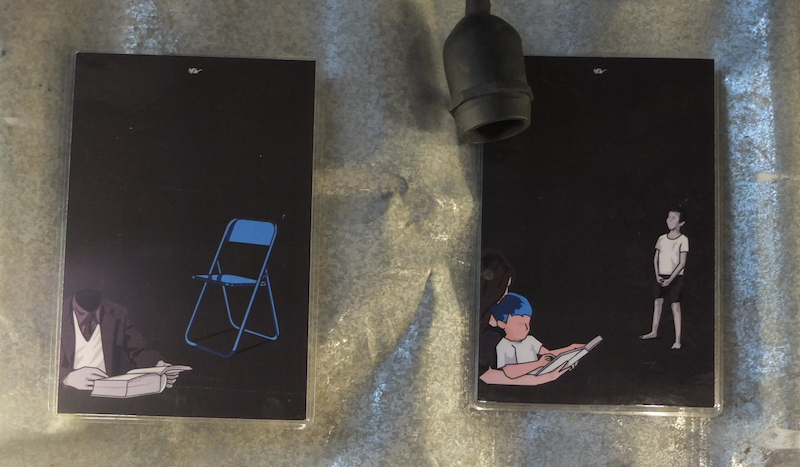 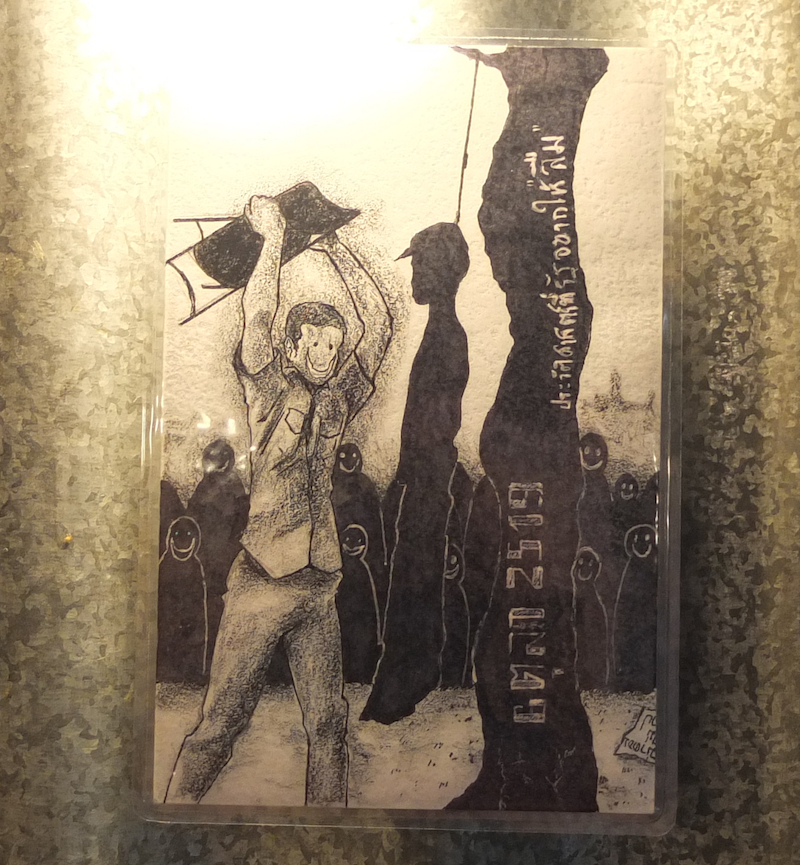 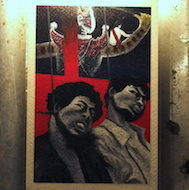 A new exhibition marking the 45th anniversary of the 6th October 1976 massacre opened today at Angoon’s Garden in Bangkok. Specter (ปีศาจ), organised by the protest movement Thalu Fah, runs until 14th October. Its full title, ปีศาจแห่งกาลเวลา (‘devil of time’), comes from a novel by Seni Sawaphong. Like last year’s Unmuted Project, Specter includes some risqué artworks, and its opening was monitored by the police.

Most provocatively, a crown has been added to Gustav Corbet’s L’Origine du monde (‘the origin of the world’), turning Corbet’s painting into a pejorative (‘cuntface’). To avoid official scrutiny, the work is signed with a pseudonym, Luckyleg. The same anonymous artist also created portraits of protest leaders including Panusaya Sithjirawattanakul (who attended the opening) and Arnon Nampa.

Figures from Neal Ulevich’s iconic 6th October photograph inspired many of the artworks, including paintings of the hanging corpse, the man wielding the chair, and the laughing boy. Another 6th October press photo is exhibited on the floor, and a mannequin and folding chair are suspended from a tree. There is also a small painting of Choomporn Thummai and Vichai Kasripongsa, the two men whose extrajudicial hangings precipitated the 6th October massacre.
Categories: art, politics, Thailand
continued...