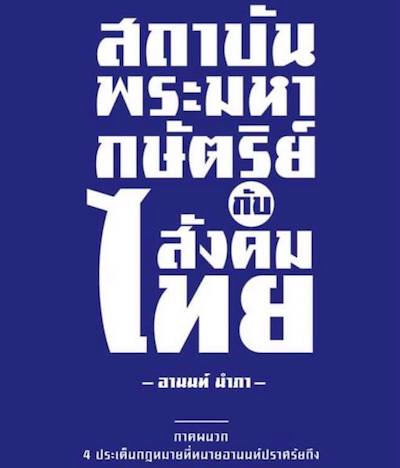 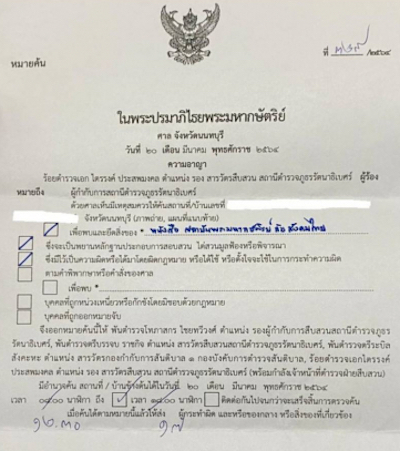 This afternoon, police searched the offices of Same Sky Books and confiscated 10,000 copies of a booklet by pro-democracy protest leader Arnon Nampa. The booklet, สถาบันพระมหากษัตริย์กับสังคมไทย (‘the monarchy and Thai society’), contains the text of a speech delivered by Arnon at Democracy Monument on 3rd August 2020.

The booklet’s publishers, the Democracy Restoration Group campaign, announced yesterday that it would be given away at a REDEM protest rally at Sanam Luang this evening, and many copies were distributed there despite the police seizure. (Arnon had previously distributed small quantities of the booklet last year.) Riot police used water cannon, tear gas, and rubber bullets to disperse the protesters, as they had on 28th February.

Today’s police raid has echoes of an almost identical case last year, when an announcement that a similar booklet would be given away at a protest drew the attention of the authorities. That booklet—ปรากฏการณ์สะท้านฟ้า 10 สิงหา (‘an earth-shattering event on 10th August’)—was also seized by police before the rally, though some copies were eventually distributed.
Categories: book reviews, censorship, lese-majeste, Thailand
continued...