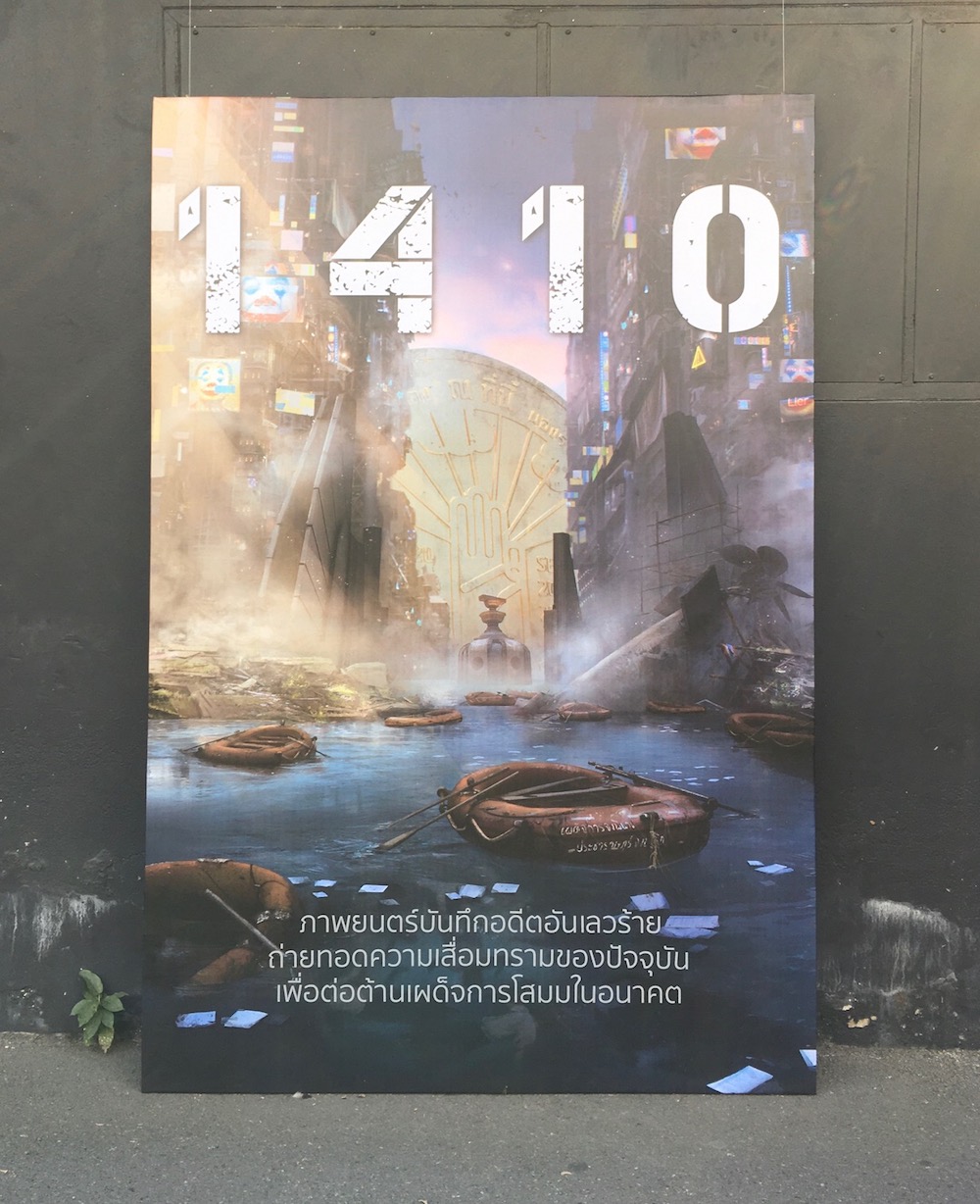 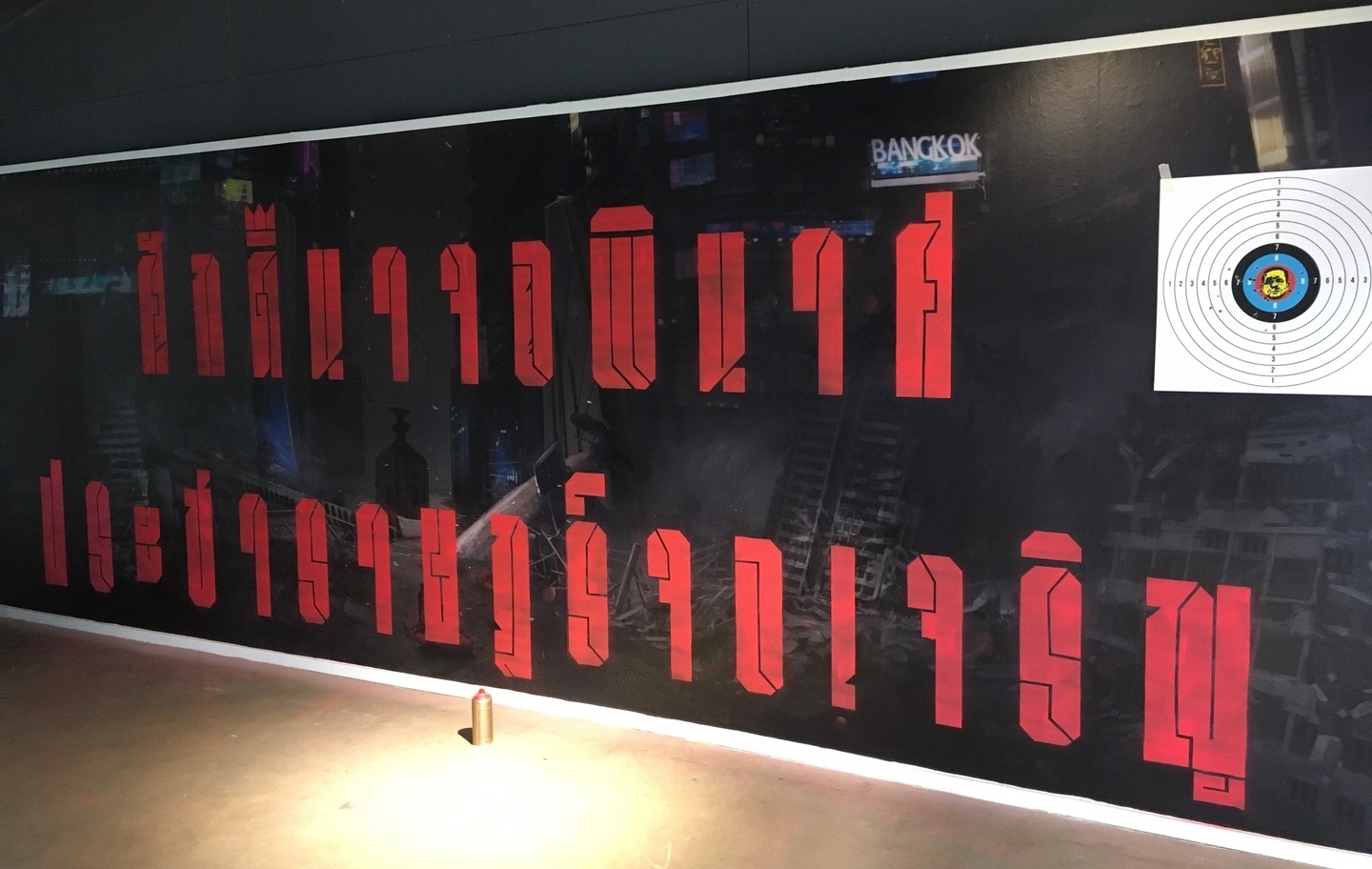 Like several other Thai filmmakers, Yuthlert Sippapak has become more politically engaged as a result of the long-running political crisis that has polarised Thai society for more than a decade. (This political consciousness is known in Thai as ta sawang.) When I interviewed Yuthlert for my book Thai Cinema Uncensored, he said: “I never gave a shit about politics. But right now, it’s too much.”

Yuthlert’s ta sawang moment came when the military withdrew its support for his film Fatherland (ปิตุภูมิ). Far from the propaganda vehicle the military was expecting, the film instead exposed military corruption in southern Thailand. As Yuthlert told me: “Money is power. And the person who created the war is the military. I said that, and I don’t want to take that out. That’s the truth. And they don’t want the truth. I want the truth.”

Since then, Yuthlert has turned to political activism, campaigning against Prayut Chan-o-cha’s government. On 27 August 2019, he criticised the Constitutional Court on Twitter—“สงสัยว่าศาลรัฐธรรมนูญ เสือกอะไรกับประชาชน ก็ได้เหรอ?” (‘what gives the Constitutional Court the right to intrude on its citizens?’)—and he was summonsed to apologise for contempt of court.

Last year, he faced a Computer Crime charge after criticising minister Puttipong Punnakanta via another Twitter account on 20 April 2020: “รัฐมนตรีเฟคนิวส์ อยู่เบื้องหลังสาเหตุของการตายของม้าในประเทศไทย” (‘the minister of fake news is behind the horse deaths in Thailand’). That tweet was from his NMG (No More General) campaign against Prayut.

Yuthlert’s latest provocation is 1410, a proposed new political science-fiction film starring Chaiamorn Kaewwiboonpan, whose hit single 12345 I Love You was appropriated by anti-government protesters. Yuthlert held a press conference with Chaiamorn on 18th January at the Jam Factory in Bangkok, announcing a plan to crowdfund the budget for 1410 through online donations.

He is also currently working on two political satires: Seven Boy Scouts (a horror film in which the evil characters share their nicknames with Thai politicians) and The Last Dictator (อวสาน ร.ป.ภ; a comedy in which a filmmaker dying from COVID-19 vows to assassinate a coup leader). Whereas Seven Boy Scouts is almost complete, The Last Dictator seems to be on the back burner. Yuthlert is also working on another (shorter) edit of Fatherland, for a future Netflix release, though real-life political protests are taking up most of his time.

1410’s title is a reference to the 14th October 1973 student protest that led to the (brief) restoration of democracy, though Yuthlert hasn’t revealed any specifics about its characters or plot. The tagline for the film’s teaser poster is “ภาพยนตร์บันทึกอดีตอันเลวร้าย ถ่ายทอดความเสื่อมทรามของปัจจุบัน เพื่อต่อต้านเผด็จการโสมมในอนาคต” (‘a film about a terrible past and a worsening present, to prevent corrupt dictators in the future’).

A 1410 exhibition is on show at the Jam Factory from 18th to 27th January. A large mural (with stylised typography by PrachathipaType) features the slogan “ศักดินาจงพินาศ ประชาราษฎร์จงเจริญ” (‘may feudalism be defeated; may the people prosper’), and a dartboard uses Headache Stencil’s portrait of Prayut as a bullseye. This is Yuthlert’s third appearance at the Jam Factory: he was a guest speaker at the Uncensored event there in 2019; and The Land We Call Home, an exhibition of Sira Twichsang’s photos from Fatherland, was held there in 2014.
Categories: art exhibitions, politics, Prayut Chan-o-cha, Thailand
continued...