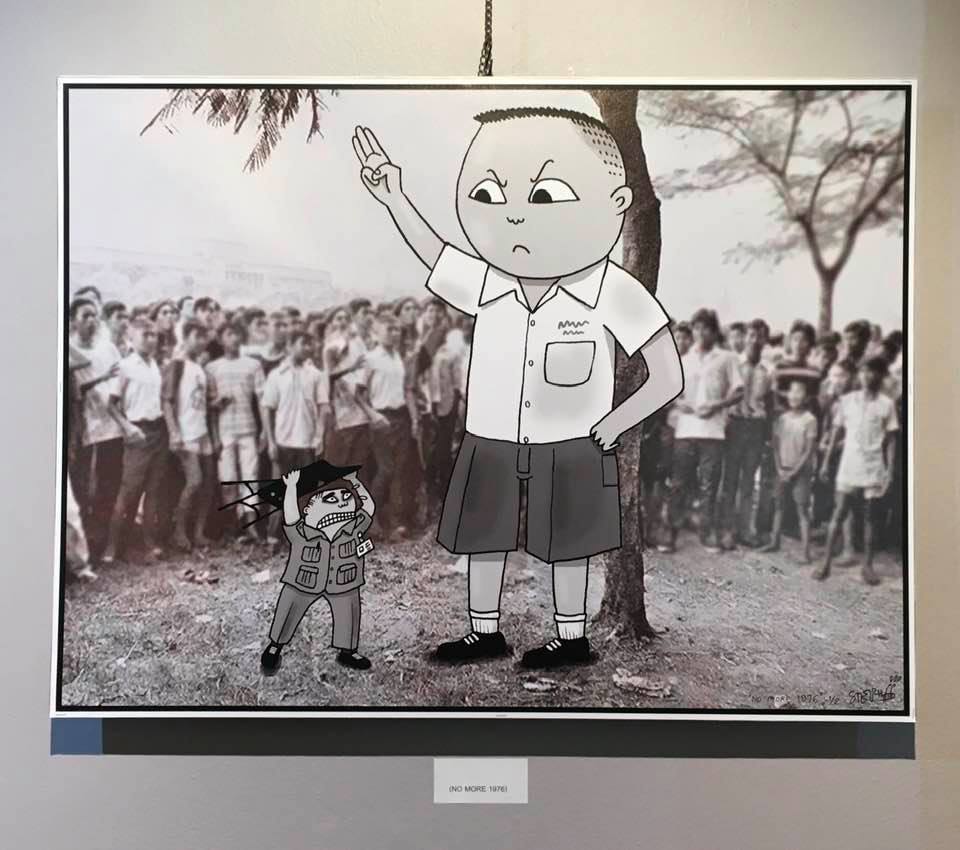 An exhibition of cartoons by Stephane Peray (known as Stephff) opened last week at the FCCT in Bangkok. Peray’s cartoons were published by The Nation for more than a decade, until the newspaper ended its print edition last year. The works on show at the FCCT are previously unpublished responses to the recent anti-military protest movement, and are even more biting than his usual satirical (and sometimes controversial) cartoons. The exhibition runs from 11th to 24th September.

A highlight is No More 1976, which appropriates Neal Ulevich’s photograph of the 6th October 1976 massacre. The original photo depicted a vigilante preparing to hit the corpse of a student, though in Peray’s version the power dynamic between the two figures is reversed. The victim has been replaced by a cartoon student (giving a defiant three-finger salute), who towers over his diminutive attacker. (Headache Stencil and Manit Sriwanichpoom have also superimposed images onto Ulevich’s photo.)
Categories: 6th October, art exhibitions, politics, Thailand
continued...