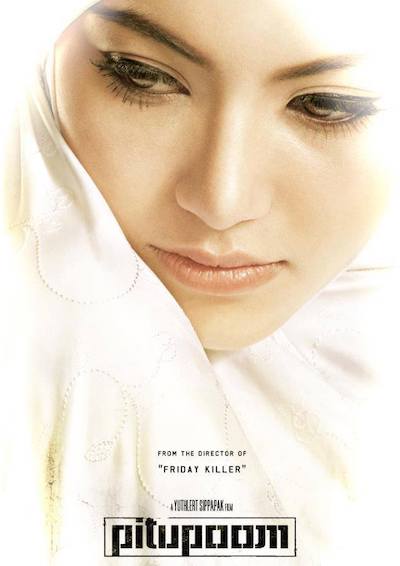 Yuthlert Sippapak’s controversial film Fatherland (ปิตุภูมิ) received rare public screenings late last night and early this morning at the 14 October 73 Memorial in Bangkok. The film, a drama about the insurgency in southern Thailand, was commissioned by the military, though they withdrew their backing when it became clear that it wasn’t the propaganda vehicle they were expecting. When I interviewed Yuthlert for my forthcoming book, Thai Cinema Uncensored, he told me that Prayut Chan-o-cha asked him a lot of “stupid questions” after watching the film. He also said that the military warned him it could be a dangerous film (“If you show this movie, somebody burns the theatre.”)

In that interview, Yuthlert explained the reason for the controversy: “The [part] that’s so sensitive is ‘เหตุการณ์สงบงบไม่มา’—‘if no war, no money’. Money is power. And the person who created the war is the military. I said that, and I don’t want to take that out. That’s the truth. And they don’t want the truth. I want the truth.” The film addresses this point directly, when a Muslim cleric says: “The violence that is happening is benefiting almost every side. There’s a lot of money. But what we can do is, we can make Thai people understand that what is happening here now is not a religion conflict.”

The film has been in limbo since its completion in 2012. At one stage, Yuthlert even considered building his own cinema in order to show it, though that plan never came to fruition. He has also retitled and repeatedly recut it, though no distributor has agreed to release it. It was screened (free of charge) last night, and shortly after midnight this morning, under the new title Rachida (ราชิดา). (Several early scenes highlight the soldiers’ lack of understanding of local Muslim culture, and the eponymous Rachida—a professor of Islamic studies—is brought in to teach the military about Islam.) Post-production is not yet finished: some shots have a “CG incomplete” caption, and there are no end credits.
Categories: censorship, film reviews, film screenings, politics, Thailand
continued...