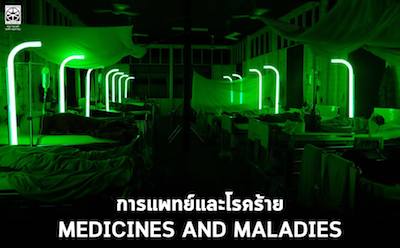 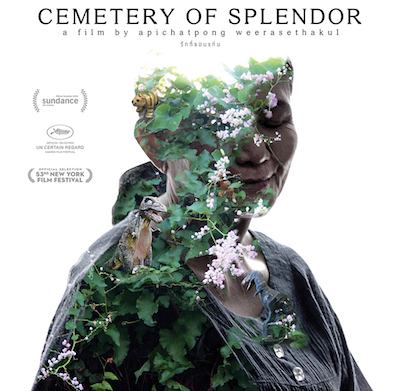 In September, the Thai Film Archive will host a month-long season of films about doctors and nurses, Medicines and Maladies (การแพทย์และโรคร้าย). The event offers a rare opportunity to see Apichatpong Weerasethakul’s Cemetery of Splendour (รักที่ขอนแก่น) in Thailand. (It has been shown once before at the Archive, and Apichatpong held a private screening at a mobile cinema in Chiang Mai in 2018.)

Apichatpong did not submit the film to the Thai censors, and it has not been on general release here. When I interviewed him for my forthcoming book Thai Cinema Uncensored, he explained that, with the military still in power, a domestic release was too risky: “It’s a paranoid time. They’re willing to do a witch hunt, so I become paranoid of them in my own way, and I don’t want to risk it. As long as I manage to finish this film as I want, and show it, but not here.”

The film is so sensitive that Apichatpong removed one sequence from all DVD and blu-ray editions, just in case they found their way to Thailand. The scene in question shows a cinema audience standing as if paying respect to the royal anthem, though no music is heard. Apichatpong had planned to include the anthem in the scene, though he reconsidered after it was censored from another film: “I actually wanted to show the royal anthem, because it’s documentary-like. It’s what we do. But I know it’s impossible, because in the movie Soi Cowboy [ซอยคาวบอย], this was cut out. Censored. So, I said, ‘It’s impossible anyway.’ So, just silence.”

Cemetery of Splendour will be shown at the Archive, on 4th and 18th September, in its uncut version. The screenings are free of charge.
Categories: Apichatpong Weerasethakul, censorship, film screenings, Thailand
continued...