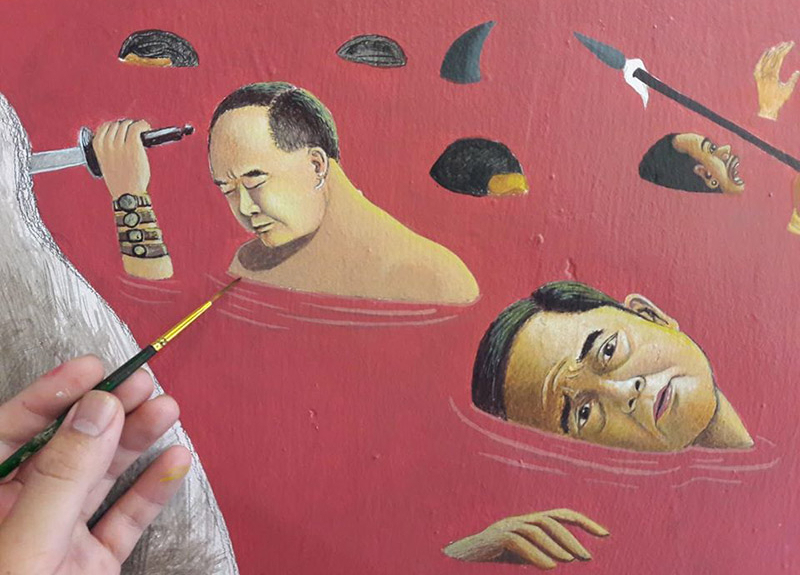 Wat Nong Tao hit the headlines last month when it was ordered to remove an image of a transgender celebrity from one of its murals. The temple refused to comply, and the mural remains unaltered, though another painting at the same temple has been censored.

Images of PM Prayut Chan-o-cha and his deputy, Prawit Wongsuwan, were removed from a mural at the temple on 3rd June, following a visit from the Department of Provincial Administration. Prawit was depicted with multiple watches on his wrist, in reference to his infamous (and suspicious) possession of numerous luxury watches.
Categories: censorship, politics, Thailand
continued...