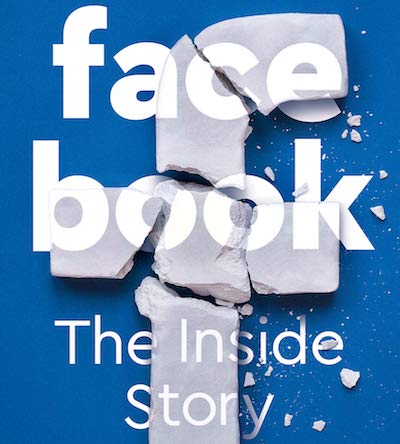 David Kirkpatrick’s book The Facebook Effect, published in 2010, remains the definitive history of Facebook’s formative years. But the Facebook of 2020 is very different from that of 2010, and Steven Levy’s Facebook: The Inside Story provides an updated account of the social network’s exponential expansion.

As Levy writes in his introduction, “the Facebook reputational meltdown has been epic.” That meltdown arguably began in earnest during the 2016 US election, when pro-Trump fake news was shared on Facebook more often than genuine news stories. In an interview with Kirkpatrick two days after Trump’s victory, Mark Zuckerberg dismissed concerns about the impact of fake news as “a pretty crazy idea.” Interviewed for Levy’s book three years later, Zuckerberg admits that he “might have messed that one up”.

The first half of Levy’s book covers the same ground as Kirkpatrick’s. Like Kirkpatrick, Levy was granted extensive access to Zuckerberg and dozens of other Facebook executives. (Levy also draws on “a seventeen-page chunk” of Zuckerberg’s 2006 journal.) The Facebook Effect’s assessment of the company was scrupulously balanced, though Kirkpatrick has since revised his opinion, telling the Financial Times in 2018 that Facebook represents an “extraordinary threat to democracy on a global scale”.

In Facebook: The Inside Story, Zuckerberg discusses Facebook’s early years in detail, though the chapters on more recent crises have a conspicuous lack of Zuckerberg quotes. The biggest of these PR disasters was the Cambridge Analytica data scandal, which Levy calls “the worst catastrophe in the company’s history”.

In the last of his seven interview sessions with Levy, Zuckerberg is more candid about his company’s egregious failings: “Some of the bad stuff is very bad and people are understandably very upset about it—if you have nations trying to interfere in elections, if you have the Burmese military trying to spread hate to aid their genocide, how can this be a positive thing?”
Categories: book reviews
continued...