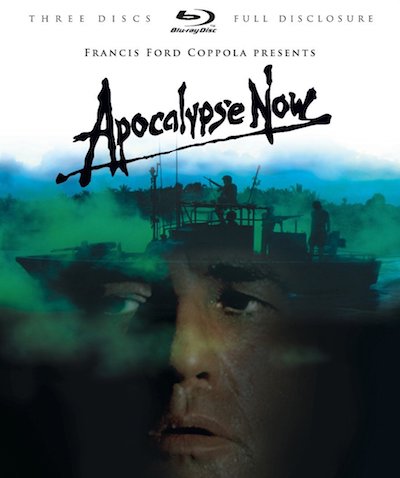 The three-disc Full Disclosure edition of Francis Ford Coppola’s Apocalypse Now was released on blu-ray in 2010. The box set includes the original theatrical version of Apocalypse Now, the extended Apocalypse Now Redux, and the making-of documentary Hearts of Darkness (though not, of course, the five-hour workprint or the recent Final Cut version). It also features a booklet with material from Coppola’s archive.

This release is most notable for its aspect ratio, it being the first time that the film was ever released in 2.35:1 on any video format. All previous video editions were cropped to 2.0:1—the Univisium ratio retroactively applied by cinematographer Vittorio Storaro—a fate that also befell Dario Argento’s The Bird with the Crystal Plumage (L'uccello dalle piume di cristallo).
Categories: video reviews
continued...