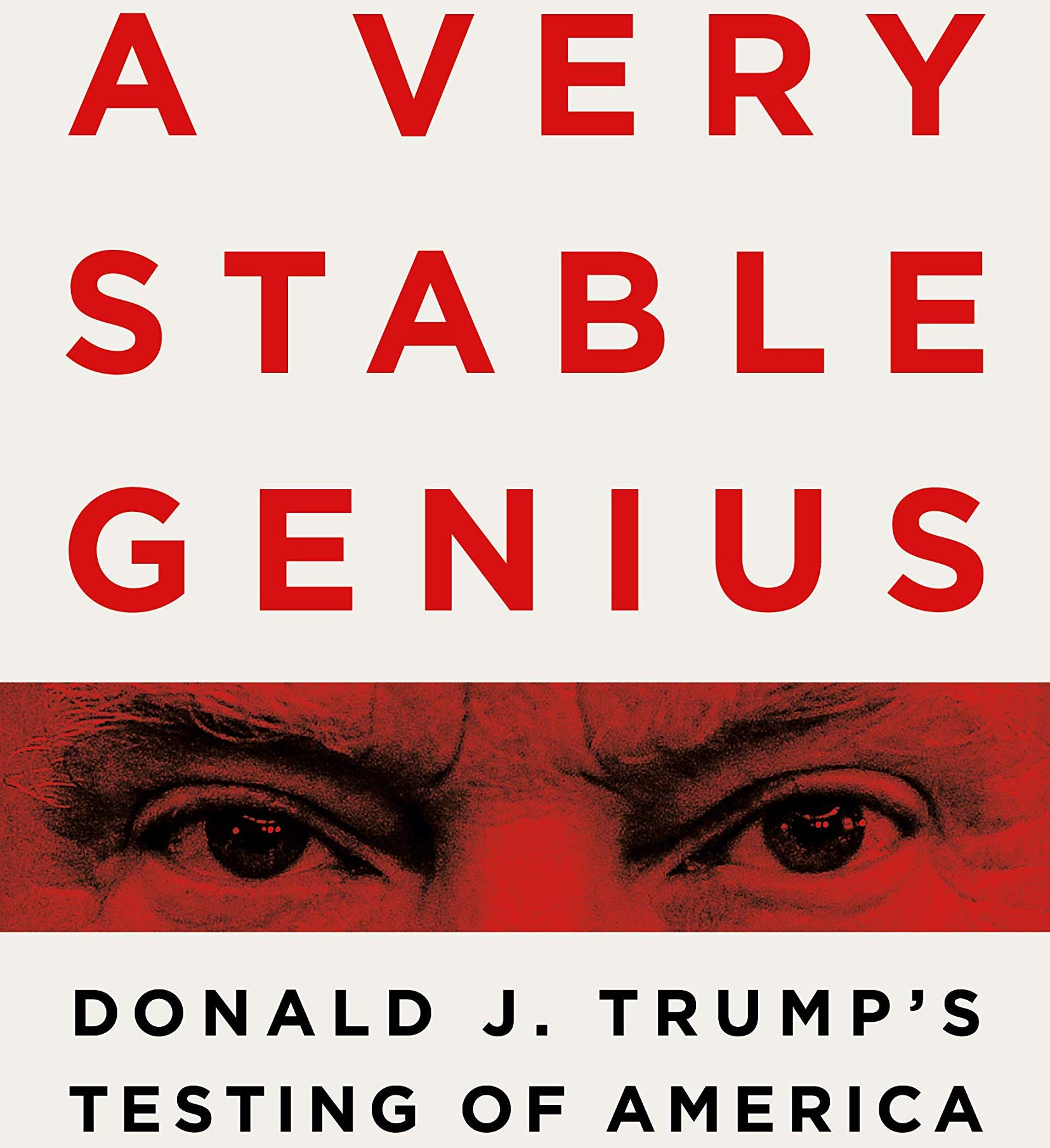 Philip Rucker and Carol Leonnig’s A Very Stable Genius: Donald J. Trump’s Testing of America (its title taken from a typically braggadocious Trump quote) provides “a chronological account of Trump’s vainglorious pursuit of power in his first term,” based on more than 200 interviews with current and former senior administration officials. Sources are quoted ‘on background’, though they can frequently be identified from phrases such as “[Steve] Bannon thought to himself” and “Putin confided to [Rex] Tillerson”.

As is often the case, sources’ recollections tend to be self-serving. Chris Christie, for example, warns Trump with remarkable foresight that Michael Flynn is “going to get you in trouble... Take my word for it.” Then, after Trump fires Flynn and declares that “the whole Russia thing is over,” Christie’s crystal ball reappears: he apparently told Trump, “we’re going to be sitting here a year from now talking about Russia”.

This is the third major account of Trump’s presidency, after Michael Wolff’s gossipy Fire and Fury and Bob Woodward’s authoritative Fear. All three books feature reconstructed quotes from private meetings and conversations, though only A Very Stable Genius acknowledges that such quotations are not verbatim: “Dialogue cannot always be exact but is based here on multiple people’s memories of events,” a clarification missing from Wolff and Woodward.

Trump initially agreed to be interviewed for the book, as the authors explain: “In a phone call, Trump told Rucker he would like to sit for an interview.” In the same call, the president said: “I’ll do it. I’d like to have a proper book done. You’re a serious person.” But he subsequently changed his mind, and dismissed the book on Twitter as a “Fake Book from two third rate Washington Post reporters”. (In contrast, Trump has cooperated with various hagiographic books on his presidency, such as Trump’s Enemies, The Trump White House, Inside Trump’s White House, and The United States of Trump.)

Fear recounted an especially acrimonious 2017 meeting between Trump and his military leaders, an event also covered in A Very Stable Genius. In Fear, Woodward writes: “Just before 10 a.m. on July 20, a stifling, cloudless summer Thursday six months into his presidency, Donald Trump crossed the Potomac River to the Pentagon.” A Very Stable Genius has a very similar description—“On July 20, just before 10:00 a.m. on a scorching summer Thursday, Trump arrived at the Pentagon”—though it also includes additional material, notably Trump mocking the assembled top brass as “a bunch of dopes and babies.”

Similarly, Fear included the first account of negotiations between Trump’s legal team and Robert Mueller, though A Very Stable Genius builds on this with quotes from an awkward phone call between Mueller and William Barr. The book also provides more details on the firing of Rex Tillerson, with a meticulous two-page account expanding on Fear’s two-paragraph summary. On the other hand, whereas Fear devoted six pages to Trump’s disgraceful comments on neo-Nazis in Charlottesville, the episode (“one of the lowest points of his presidency”) is covered in less than a page in A Very Stable Genius.
Categories: book reviews, Donald Trump, politics
continued...