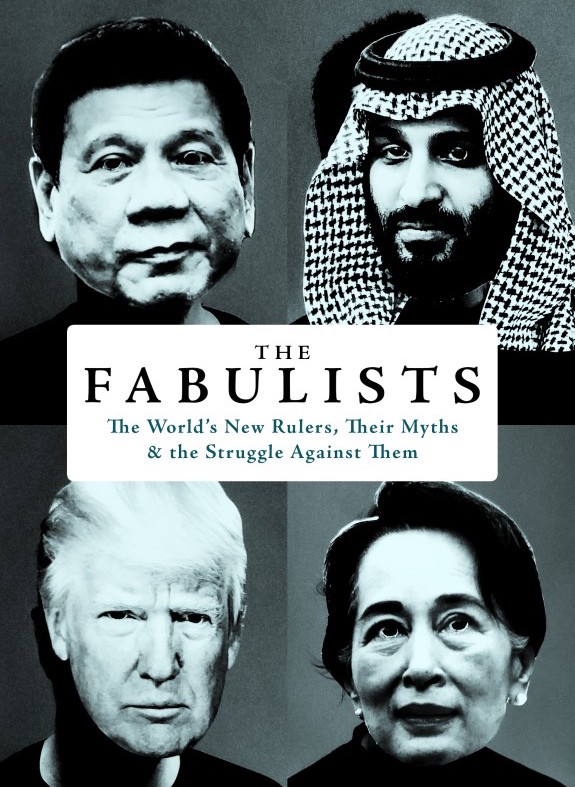 Michael Peel, formerly based in the Financial Times’ Bangkok bureau, is now an FT Brussels correspondent. Once free of the tacit censorship familiar to all Bangkok-based journalists, he wrote of his “sense of alarm about the stifling atmosphere” surrounding discussion of the monarchy, in a cathartic FT Weekend Magazine feature (published on 14th October 2017).

In The Fabulists: The World’s New Rulers, Their Myths and the Struggle Against Them, Peel analyses the rise of authoritarianism in Southeast Asia and elsewhere. In a chapter on post-coup Thailand, he reflects on the paradox of the country’s adulation for the monarchy and its severe lèse-majesté law: “The longer I spent in Thailand, the harder I found it to reconcile this”.

Peel interviewed an imprisoned lèse-majesté suspect, and an ultra-royalist who snitches on anti-monarchists to the police. Peel describes his meeting with the shackled prisoner as “one of the more bizarre interviews I have conducted.” Tentative cracks appeared in the royalist’s over-zealous attitude, as he was faced with a moral dilemma: “He had fallen out with his son over his alleged disrespect for the monarchy. I asked gently about this. He replied elliptically.”

Peel also spoke to Sulak Sivaraksa, who has faced numerous lèse-majesté charges, all of which—thanks to behind-the-scenes interventions—resulted in acquittal. Sulak’s latest narrow escape came in 2014, when he challenged a national myth, questioning the historical accuracy of King Naresuan’s legendary elephant duel: “even this semi-licensed gadfly found he could not avoid the official swat.” Like the recent Sulak biography Roar, The Fabulists is on sale in Thailand only because it has somehow slipped under the government’s radar.
Categories: book reviews, censorship, lese-majeste, Thailand
continued...