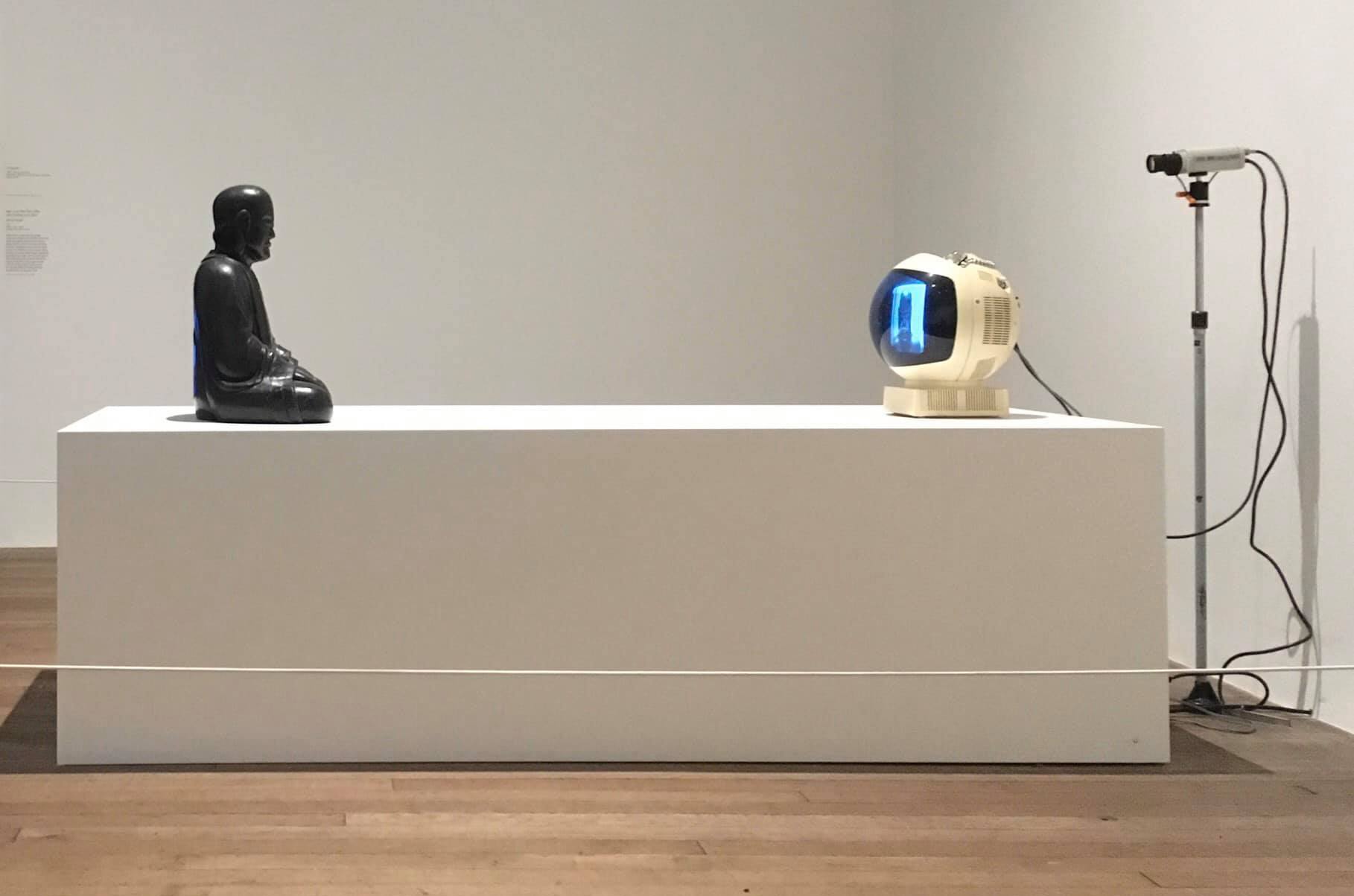 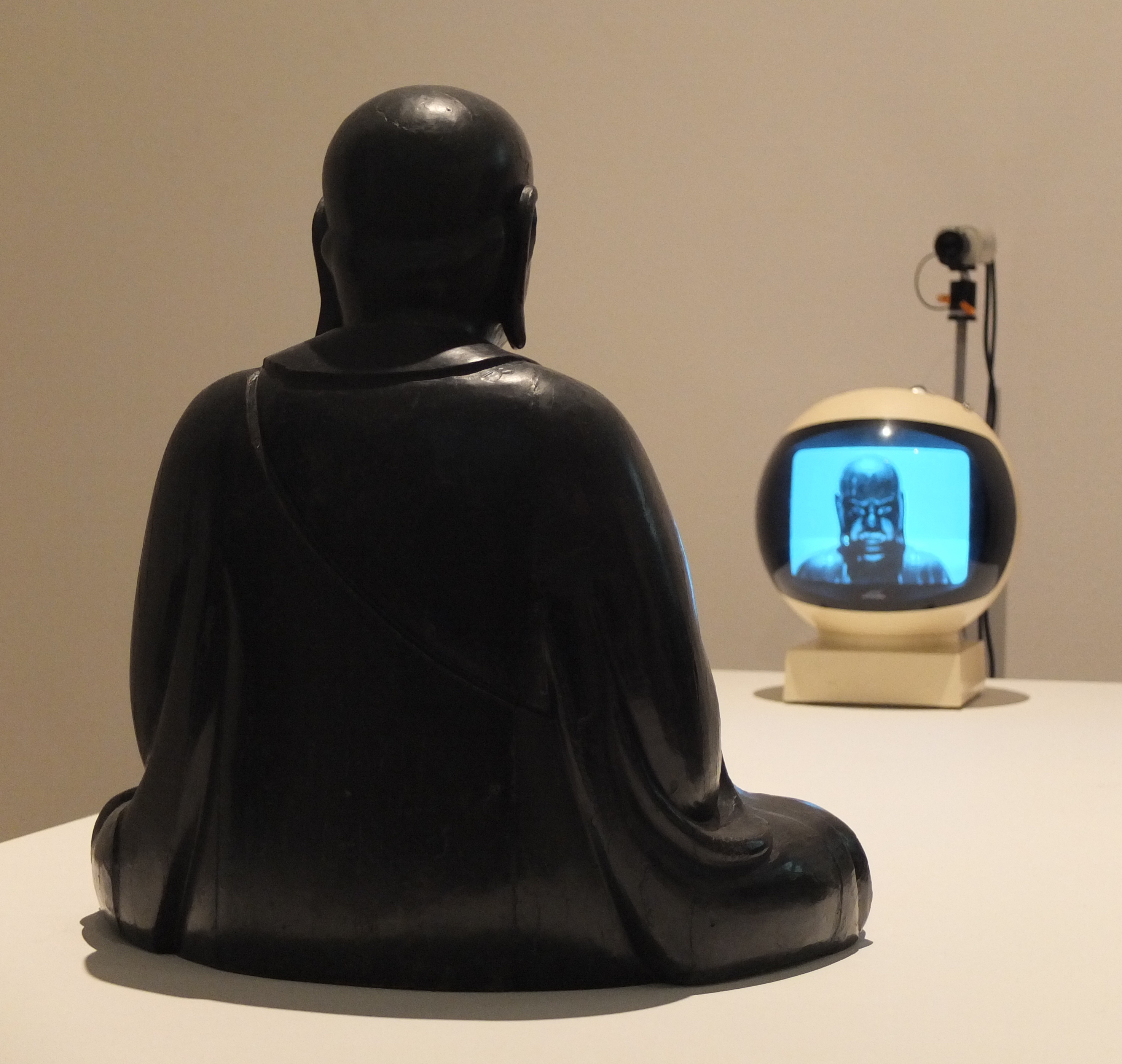 A major Nam June Paik retrospective is currently on show at Tate Modern in London. The exhibition features more than 200 works, including Button Happening, Paik’s earliest extant video piece and, therefore, arguably the first example of video art. (Paik purchased a video camera in 1965. Legend has it that he filmed Pope Paul VI’s visit to New York on 4th October of that year, though the footage no longer exists. Button Happening was shot at around the same time.) The show also features numerous artefacts from Paik’s Fluxus period, including Zen for Film, a projection of unexposed 16mm film.

The exhibition opens with Paik’s masterpiece, TV Buddha. This installation—in which a Buddha statue contemplates its own image via CCTV—exists in numerous variations, though the Tate retrospective has the original 1974 version (with an 18th-century Buddha and JVC Videosphere TV), on loan from Amsterdam’s Stedelijk Museum. The exhibition runs from 17th October until 9th February next year.