Once Upon a Time... in Hollywood 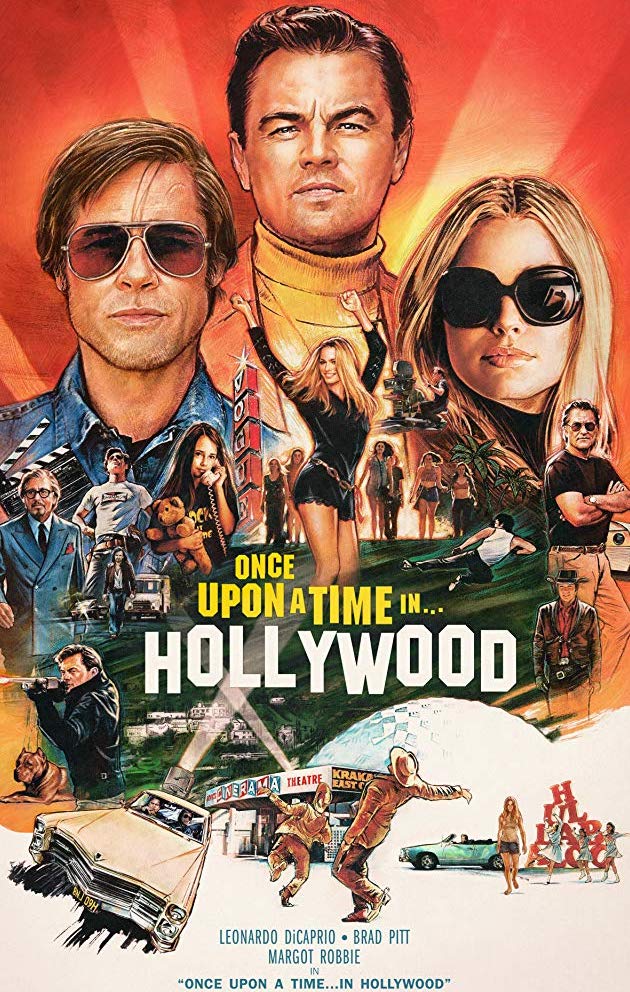 Once Upon a Time... in Hollywood is, as its poster proclaims, the ninth film by Quentin Tarantino. It’s also, apparently, his penultimate work. (Tarantino’s previous films are Reservoir Dogs, Pulp Fiction, Jackie Brown, Kill Bill I and II, Death Proof, Inglourious Basterds, Django Unchained, and The Hateful Eight.)

The title is both a tribute to Once Upon a Time in the West (C’era una volta il West) and a signal that this version of 1960s Hollywood is ultimately a fairy tale. Inglourious Basterds began with the caption “Once upon a time... in Nazi-occupied France”, and the new film features a similar form of revisionist history. It’s also unashamedly nostalgic, recreating the Hollywood of Tarantino’s childhood.

All of Tarantino’s films have superb soundtracks, and Once Upon a Time... is no exception. In this case, the music is all from the period, a great early example being the lip trill from Billy Stewart’s Summertime matched to a sputtering car engine. (It’s a reversal of the moment when the music slows as the car runs out of gas in The Graduate.) In fact, the best scenes all feature Brad Pitt driving around LA listening to his car radio. However, that also hints at one of the film’s flaws: for long stretches, we simply watch the characters hanging out. This may be fun, but it’s not particularly ambitious on Tarantino’s part, especially given the epic running time.