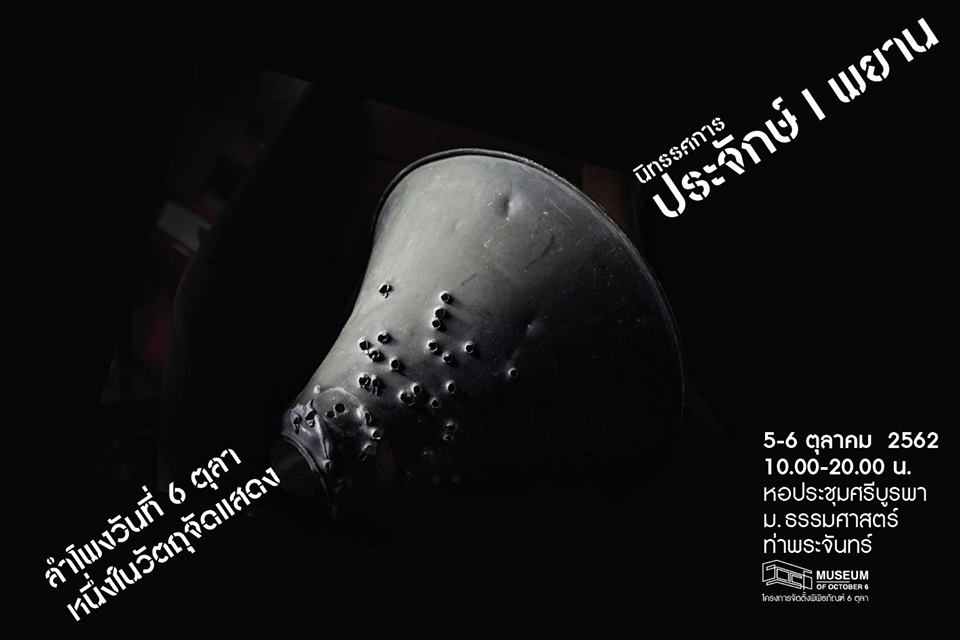 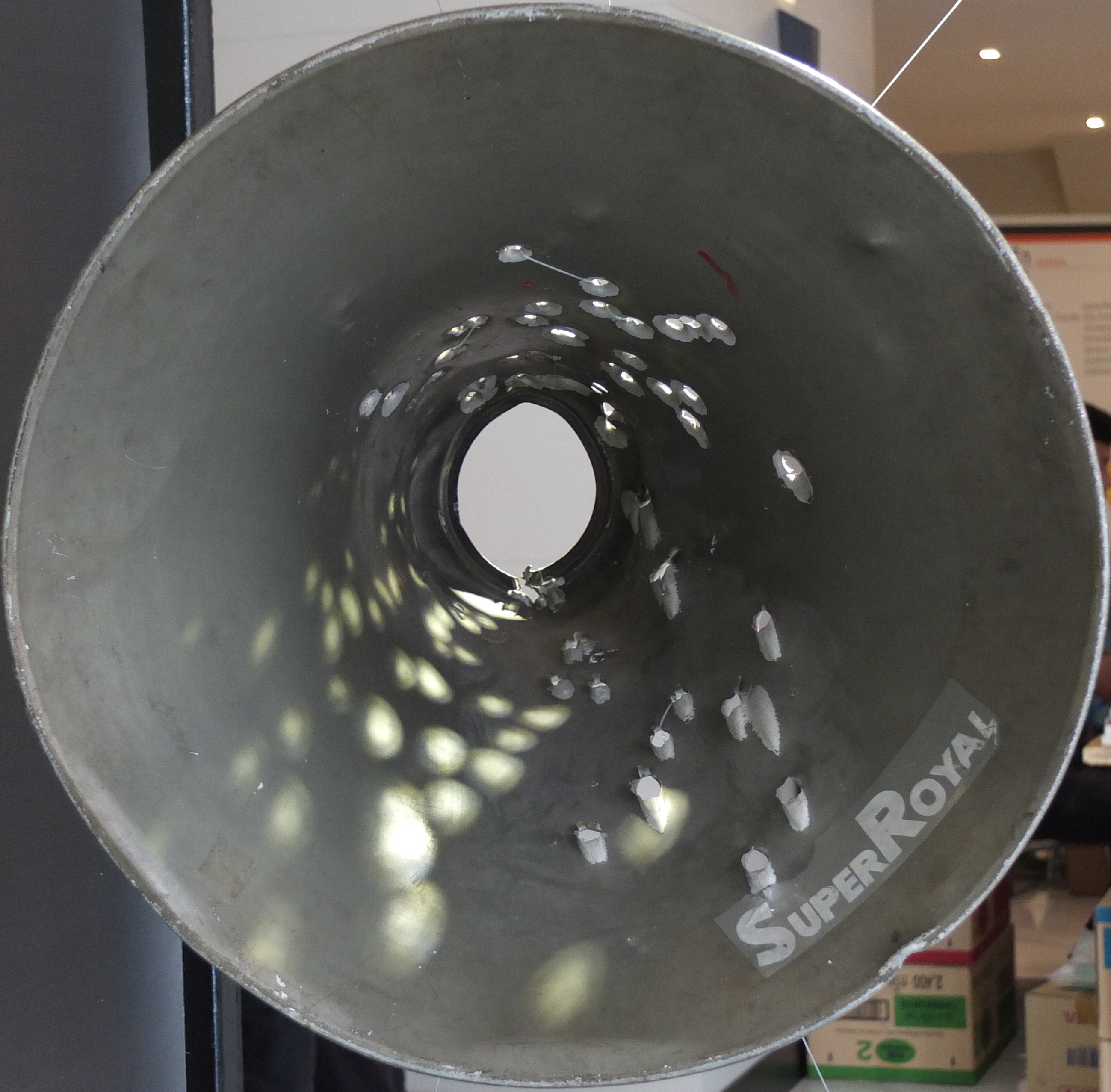 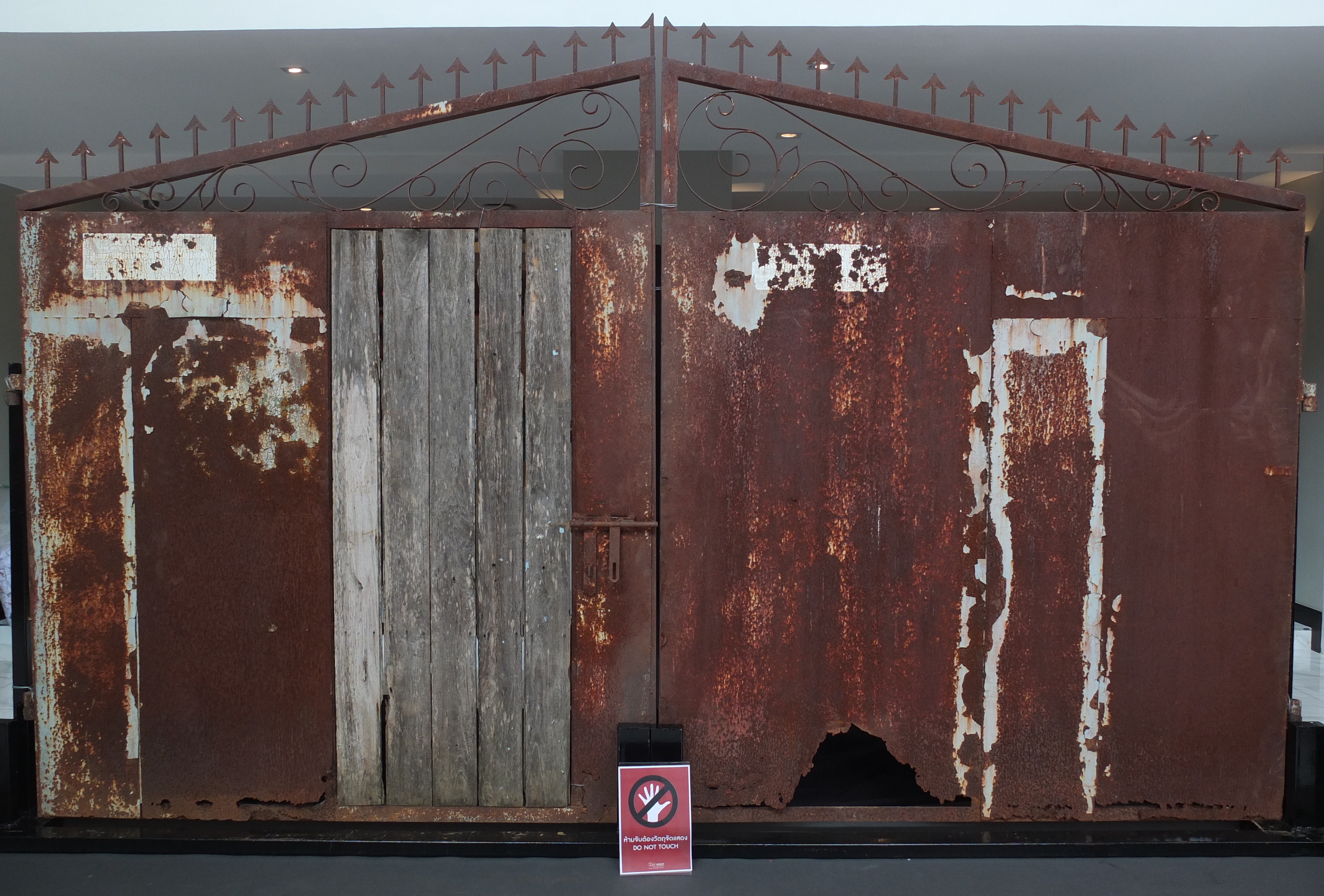 Today marks the anniversary of the 6th October 1976 massacre at Thammasat University. To commemorate the event, this weekend there is an exhibition at Thammasat organised by the Museum of October 6. For the first time, artefacts from the massacre itself are on display, including a megaphone—riddled with bullet holes—used by student protesters.

The exhibition, titled ประจักษ์ / พยาน (‘evidence / witness’) is dominated by a large gate, red with rust. Two activists were hanged from this gate on 25th September 1976, after they campaigned against military dictator Thanom Kittikachorn’s return from exile. Their hanging was reenacted by Thammasat students on 4th October 1976. The reenactment was falsely portrayed by the right-wing tabloid Dao Siam (ดาวสยาม) as an attack on the Crown Prince, and this incendiary report precipitated the massacre at Thammasat.

The red gate had remained undisturbed ever since the massacre, until it was rediscovered by Patporn Phoothong in 2017. Patporn, who curated the exhibition, has also made three documentaries about 6th October: Silenced Memories (ความทรงจ ไรเสยง), Respectfully Yours (ดวยความนบถอ), and The Two Brothers (สองพนอง). The red gate is also the subject of a painting at the ศิลปะนานาพันธุ์ ศิลปะประชาธิปไตย (‘art for democracy’) exhibition, currently on show elsewhere in Bangkok; and Pachara Piyasongsoot’s Anatomy of Silence (กายวิภาคของความเงียบ) exhibition included a painting depicting the hanged men’s view from the red gate.
Categories: 6th October, art exhibitions, Thailand
continued...