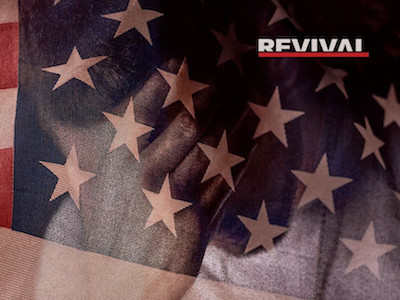 A Freedom of Information request by BuzzFeed News has revealed that the Secret Service interviewed Eminem on 16th January 2017. The rapper was questioned about his single Framed, from his album Revival, after a TMZ reporter alerted the Secret Service to the song’s lyrics. (The song is about a man who kills Trump’s eldest daughter: “how the fuck is Ivanka Trump in the trunk of my car?”)

After two days, the investigation was closed and no further action was taken, though Eminem referenced the interview in a later song, The Ringer: “Agent Orange just sent the Secret Service / To meet in person to see if I really think of hurtin’ him”. The case lends credence to another rapper, YG, who previously claimed that his single FDT was censored at the request of the Secret Service due to its violent anti-Trump lyrics.