This Area Is Under Quarantine 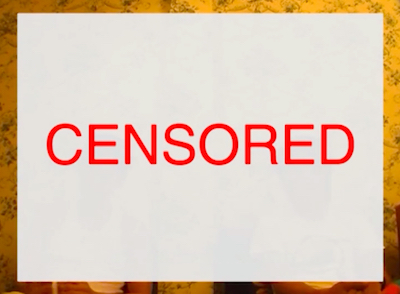 Thunska Pansittivorakul's latest short film is a new version of his feature-length documentary This Area Is Under Quarantine (บริเวณนี้อยู่ภายใต้การกักกัน), released on the Vimeo website today. (This is one of several films Thunska has uploaded to Vimeo, including Liquid and a revised version of Reincarnate.)

After the title sequence, the new version of This Area Is Under Quarantine consists of the original version played at high speed (even faster than the sex scene in A Clockwork Orange), with a "CENSORED" card obscuring most of the frame. Ironically, the only 'uncensored' segment is the most controversial part: footage of the Tak Bai incident, in which seventy-eight protesters died of suffocation after they were detained by the army.

The Tak Bai footage came from a VCD issued by the journal Same Sky (ฟ้าเดียวกน), as Thunska told me in an interview earlier this year: "I got footage from the VCD, and I interviewed some guys in the movie. But because at that time I never knew anything about politics, I asked them. The southern politics is different, so I shot them because one of them is Isaan and one of them is southern."

The new version, like the original, is dedicated to the Tak Bai victims and - more contentiously - to Mahmoud Asgari and Ayaz Marhoni, who were hanged in Iran in 2005. The two teenagers have been regarded as gay martyrs, executed for their sexuality, though the truth may be more complex: human rights organisations have since reported that they were convicted of raping a thirteen-year-old boy.