By the Time It Gets Dark 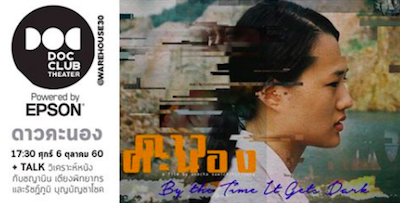 A showing of Anocha Suwichakornpong's film By the Time It Gets Dark (ดาวคะนอง), which was due to take place yesterday at Warehouse 30 in Bangkok, was cancelled by the police at the last minute. The event, organised by Doc Club Theater, was planned as one of three screenings of the film yesterday.

The screenings at the Thai Film Archive and Thammasat University went ahead without any police intervention. Also, the film was released on DVD in Thailand on the same day, making the censorship of the Warehouse 30 screening even more inexplicable.
Categories: censorship, politics, Thailand
continued...