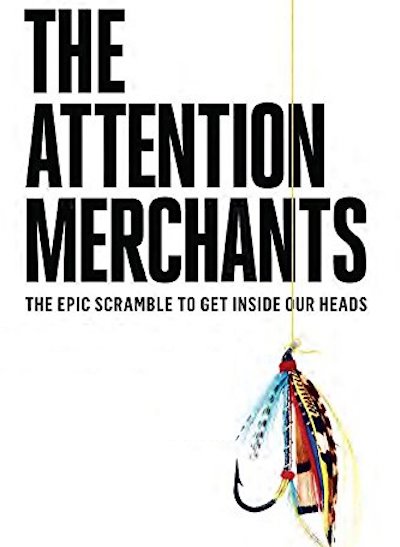 In The Master Switch, Tim Wu highlighted the dangers of the oligopolisation of entertainment and communication. His new book, The Attention Merchants: The Epic Scramble To Get Inside Our Heads, is similarly wide-ranging, analysing the symbiotic relationship between advertising and the media. Wu's title, The Attention Merchants, positions itself as a successor to The Hidden Persuaders, Vance Packard's early and influential critique of manipulative advertising.

Wu is as critical of advertising as Packard, emphasising its detrimental impact on the commercial media and entertainment it sustains, from the penny press to prime-time broadcasting and clickbait: "The attention merchant had always tried to reach as broad an audience as possible, bombarding them with as many ads as they'd stand before going into total revolt." (Mark Tungate's Adland is a more favourable history of the advertising industry.)
Categories: book reviews, media
continued...