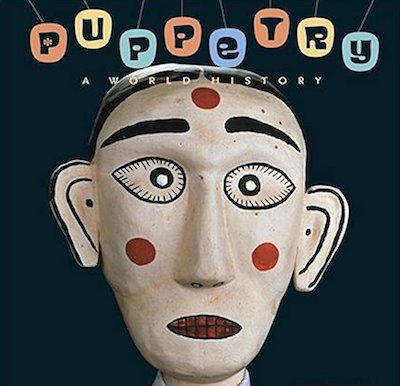 Puppetry: A World History, written by Eileen Blumenthal and published by Abrams, is the first comprehensive global survey of puppetry. It includes more than 300 photographs, and features puppetry as tribal ritual (African fertility dolls), children's entertainment (Punch and Judy; Kermit the Frog), and even political satire (Spitting Image). The book was published in the UK by Thames & Hudson, under the alternative title Puppetry & Puppets: An Illustrated World Survey. It includes an excellent annotated bibliography.

Blumenthal writes in her preface: "Puppetry: A World History encompasses all kinds of constructed actors and performing objects from all times and all places. Given this gigantic scope, the default methodology would have been to sort the material by genre, time, or place - particularly since no other existing study does that job." She argues, however, that the shared functions and aesthetics of puppetry around the world lend themselves to a thematic survey rather than a chronological history.
Categories: book reviews
continued...