"Here's why they go ape at Ross" 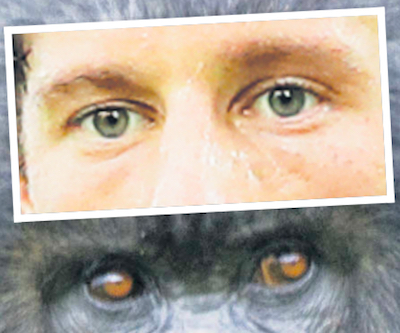 Kelvin MacKenzie, columnist for The Sun newspaper, has been suspended following complaints about his description of Everton footballer Ross Barkley. The article has been deleted from The Sun's website. In the column, published on 14th April (and headlined "Here's why they go ape at Ross"), MacKenzie compared Barkley to a gorilla: "There is something about the lack of reflection in his eyes which makes me certain not only are the lights not on, there is definitely nobody at home. I get a similar feeling when seeing a gorilla at the zoo. The physique is magnificent but it's the eyes that tell the story."

The Mayor of Liverpool has accused MacKenzie of racism, a charge now being investigated by Merseyside police. MacKenzie is a notorious controversialist, and his deliberately provocative comments often generate criticism. MacKenzie was editor of The Sun throughout the 1980s, during which time it published numerous homophobic and xenophobic editorials. MacKenzie and The Sun have particularly low reputations in Liverpool, as he was the newspaper's editor when it blamed Liverpool FC fans for the Hillsborough stadium disaster in 1989.