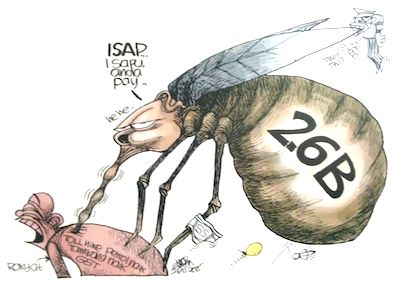 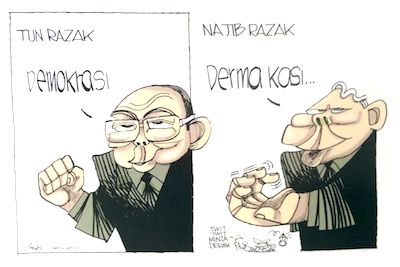 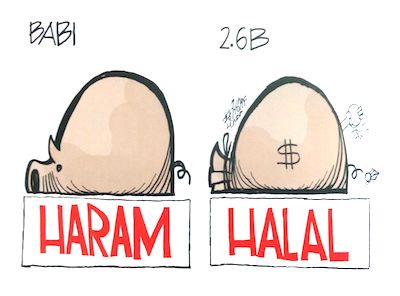 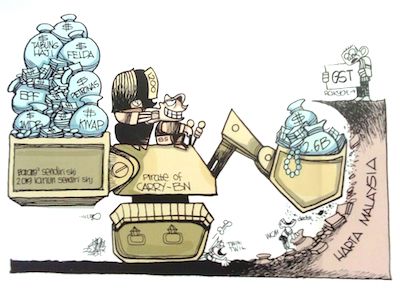 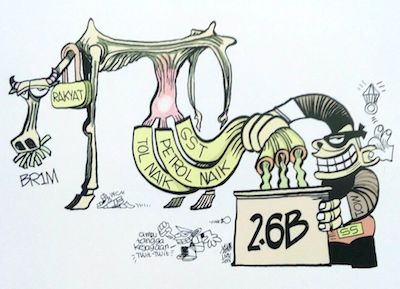 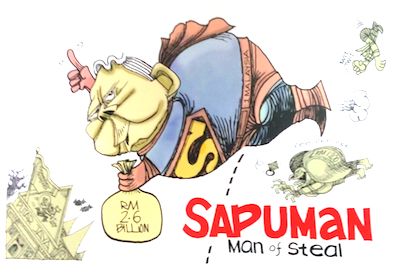 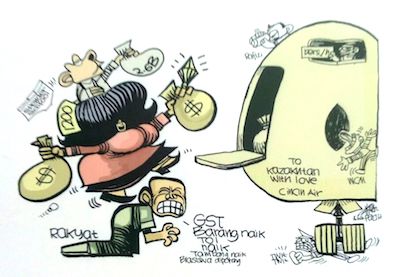 Malaysian cartoonist Zulkifli Anwar Ulhaque (known as Zunar) has been arrested and charged with sedition, after an exhibition of his cartoons was disrupted by protesters. Zunar has faced similar charges in the past, and several of his books have been banned, as his cartoons highlight Malaysian Prime Minister Najib Razak's corruption. (Last year, The Wall Street Journal reported that $681 million was transferred from the state-owned company 1MDB to Najib's personal bank account.)

Zunar's exhibition opened on 26th November at Komtar (the modern shopping complex in Johor Bahru, not the dilapidated Komtar skyscraper that dominates the Penang skyline). A group of fifty protesters stormed the exhibition on its first day, and it was closed for security reasons. Zunar was arrested after the protesters, a group of activists called Unmo Youth, reported the exhibition to the police.
Categories: censorship, politics
continued...