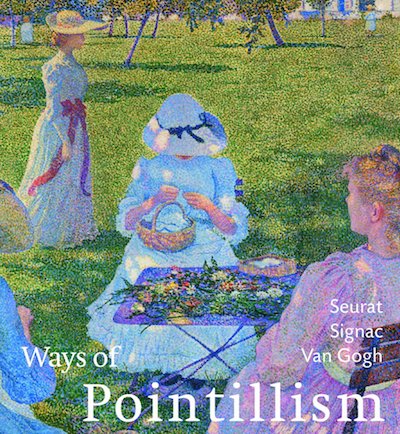 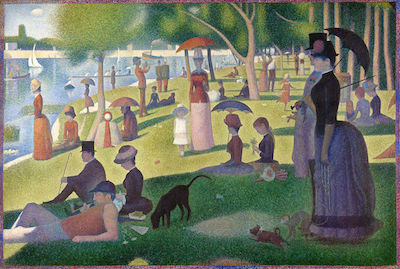 Ways Of Pointillism is the catalogue to a current exhibition in Vienna, and also the first book specifically devoted to the history of Pointillist art. (The Guggenheim staged a similar Neo-Impressionism exhibition in 1968, with a catalogue edited by Robert L Herbert.)

Editor Heinz Widauer notes that there are numerous labels to describe the Pointillist style and its variations, citing terms such as "Neo-Impressionism, Divisionism, Chromoluminarism" and "dot-ism". Pointillism was first developed by Georges Seurat, and is best represented by his large (2x3m) painting A Sunday On La Grande Jatte. Seurat and Paul Signac are the artists most closely associated with Pointillism, though Van Gogh, Matisse, Picasso, and Mondrain also experimented with the technique.

The catalogue features full-page reproductions of the 100 paintings in the exhibition, and smaller illustrations of other Pointillist works (such as La Grande Jatte). There are essays on Pointillism's origins, its spread throughout Europe, and its influence on later art movements such as Fauvism, Cubism, and Luminism.
Categories: art exhibitions, book reviews
continued...