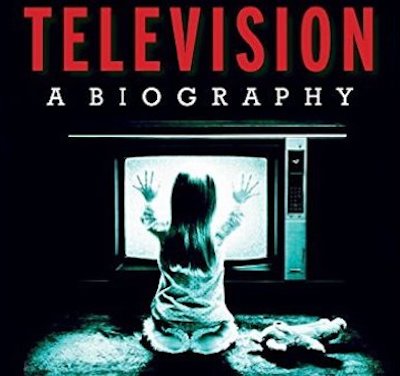 After The Big Screen, his history of cinema, David Thomson has turned to the small screen. Television: A Biography is divided into two parts, inspired by Marshall McLuhan: the medium and the messages. Instead of a chronological structure, each chapter is an essay on a particular theme or genre, such as cop shows, talk shows, newscasts, sitcoms, long-form dramas, and even presidential TV coverage.

Thomson primarily covers TV in America, though he also discusses BBC comedies and documentaries. Of the programmes themselves, his highlights include The Wire ("a critical reputation that is still unsurpassed") and Breaking Bad ("may be close to "masterpiece" status"). The book is certainly up-to-date (including the downfall of Bill Cosby: "his career is finished, for his reputation and role model have been destroyed"), though Netflix's groundbreaking distribution model for House Of Cards is barely mentioned.

"I came to television from movies," Thomson explains, and there are film references throughout the book; even the cover photograph is from a movie (Poltergeist). His previous books include A Biographical Dictionary Of Film, Have You Seen...?, Moments That Made The Movies, and The Moment Of Psycho. (Television: An International History, edited by Anthony Smith, is a global survey of TV history.)
Categories: book reviews, media
continued...