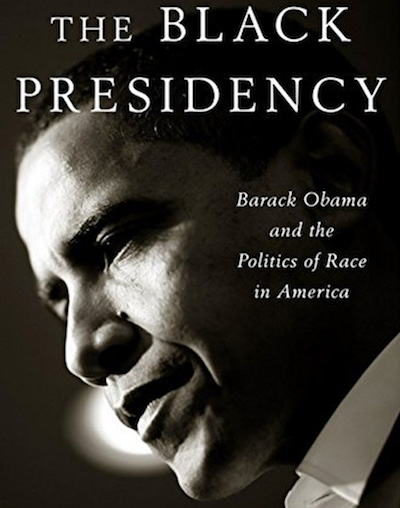 The Black Presidency: Barack Obama & The Politics Of Race In America is Michael Eric Dyson's assessment of attitudes towards race since 2008. Dyson claims that this issue is at the heart of Obama's presidency: "Race is the defining feature of our forty-fourth president's two terms in office."

However, while Obama's race was central to his identity as a young man (as David Maraniss argues in Barack Obama: The Story), as President he "has often been slow to command the rostrum to address race." Arguably, his presidency has instead been dominated by his response to the economic crisis and his healthcare policy. (Dyson covers the 'Black Lives Matter' movement, perhaps the most significant racial issue of Obama's presidency, in only a single chapter.)

Dyson was able to interview Obama in the Oval Office, though only after some persuasion: "I'd had a tough time getting on his schedule, since race was not a subject the Obama White House had been eager to embrace. I'd used all my influence to talk to the president, reminding his trusted adviser Valerie Jarrett that I had... known him for nearly twenty years. After I'd politely declined an offer to speak to the president for ten minutes, I eventually negotiated a twenty-minute interview that turned into half an hour."