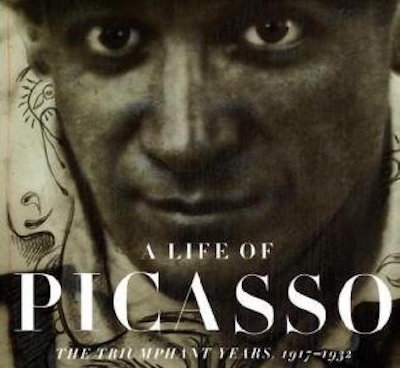 John Richardson's multi-volume biography of Picasso is not only the definitive work on Picasso, it's perhaps the most comprehensive biography of any artist. In 2013, the Financial Times called it "the greatest, most compelling biography of an artist ever written". Three volumes have been published so far: The Early Years, 1881-1906; The Cubist Rebel, 1907-1916; and The Triumphant Years, 1917-1932.

Volume III, which is the first volume to include colour illustrations, begins shortly before Picasso's first marriage (to ballerina Olga Khokhova) and his Neo-Classical period. Khokhova is the (presumed) subject of La Danse (1925), "one of Picasso's most profound and mysterious paintings." Indeed, Picasso regarded this as one of his masterpieces: while his mural Guernica is more famous, he "attached more importance to Les Demoiselles d'Avignon and La Danse".

Richardson, a close friend of Picasso's, also wrote and presented the Channel 4 documentary Picasso: Magic, Sex, & Death (2001). He has curated several major Picasso exhibitions, including Picasso: The Mediterranean Years (2010); his essay for the Mediterranean Years exhibition catalogue is effectively a preview of the forthcoming volume IV of his Picasso biography.

Hundreds of books have been written about Picasso. Three monographs stand out as authoritative surveys of his entire oeuvre: Picasso (by Wilhelm Boeck and Jaime Sabartes; with original cover illustrations by Picasso himself), Pablo Picasso (by Carsten-Peter Warncke; originally published in two volumes), and The Ultimate Picasso (by Brigitte Leal, Christine Piot, and Marie-Laure Bernadac; reissued as Picasso: The Monograph, 1881-1973).
continued...