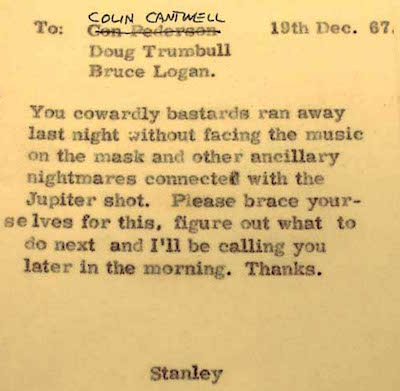 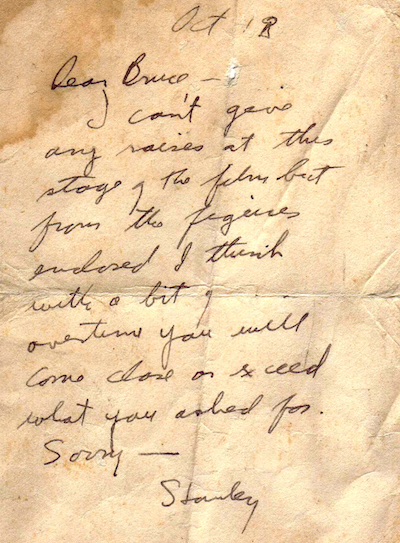 More archive material from the making of Stanley Kubrick's 2001: A Space Odyssey has been published online. Cinematographer Bruce Logan, who began his career working on 2001, wrote an article for Zacuto that reproduced two of Kubrick's memos from 1967.

One memo to the special-effects unit began: "You cowardly bastards ran away last night without facing the music on the mask and other ancillary nightmares connected with the Jupiter shot." The other, a note to Logan, apologises for not giving him an increase in salary.

Earlier this year, the Smithsonian published a Kubrick letter from the Arthur C Clarke archive, and a Kubrick memo is currently included in an exhibition at the Museum of the Moving Image. In 2014, the BFI published several other Kubrick letters related to 2001.
Categories: Stanley Kubrick
continued...