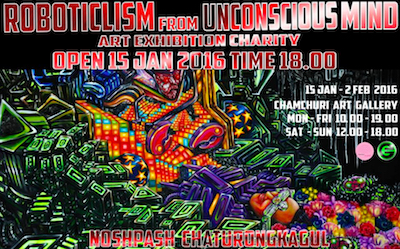 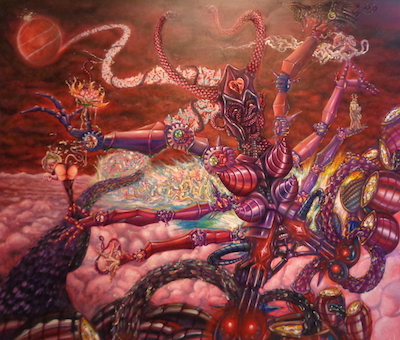 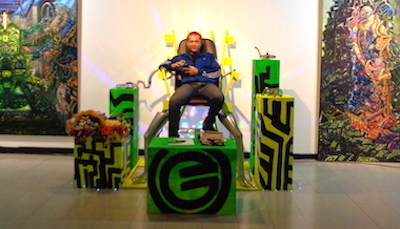 According to the exhibition catalogue, "Roboticlism is represented by robotic machines, mechanical armor, monsters and various creatures." Noshpash's oil paintings do indeed depict robots and monsters, though they are inspired by creatures from Thai mythology such as garudas and dragons. One of these creations, shown in Love Machine II (2014), is a monstrous insect with a vagina dentata.

In addition to the paintings, the Roboticlism concept also encompasses performance (Noshpash sits on a painted throne throughout the exhibition), comic art (a Garuda Lord comic is included in the exhibition catalogue), and graphics (a logo and the theory behind its design). The exhibition will close on 2nd February.
Categories: art exhibitions, Thailand
continued...