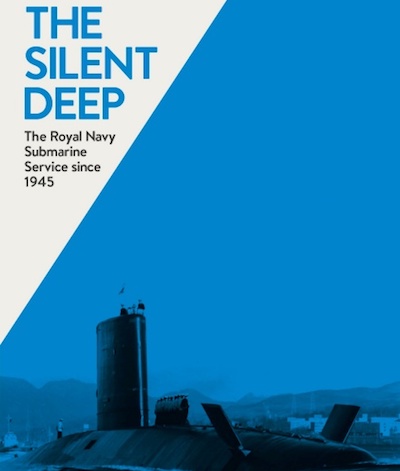 The Silent Deep: The Royal Navy Submarine Serivce Since 1945, by Peter Hennessey and James Jinks, is the first comprehensive history of the Royal Navy submarine service, known as the 'silent service' as it operates undetected. Submarine operations during the Cold War and the Falklands conflict are examined in detail, and the book runs to almost 900 pages.

The authors interviewed David Cameron in 2013, and he discusses the task of writing sealed instructions to Navy commanders, to be opened in the event of a nuclear attack. Cameron reaffirms his own commitment to the nuclear deterrent, though he admits that the policy may be revised by future generations: "it's not unthinkable at some time in the future someone will come to a different decision. I don't think Britain will give up nuclear deterrence altogether. I think that is out. I'd be very surprised if that happened in my lifetime."
Categories: book reviews, David Cameron, politics
continued...