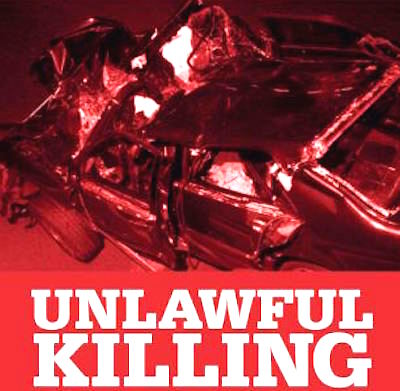 Unlawful Killing, directed by Keith Allen, is a documentary that seeks to expose a cover-up surrounding the inquest into Princess Diana's death: as Allen says in his voice-over narration, it is "the inquest of the inquest". The film was funded by Mohamed al-Fayed, whose son Dodi was killed in the same car crash as Diana. He believes that Diana and Dodi were murdered by the British Royal Family, and the film perpetuates this conspiracy theory.

The film's narration includes a series of generalisations about "the establishment", alleging that "there were an awful lot of people who wanted Diana, and her Muslim lover, dead." The only real evidence for this is a note supposedly written by Diana in 1993 to her butler, Paul Burrell: "my husband is planning "an accident" in my car... in order to make the path clear for him to marry Tiggy. Camilla is nothing but a decoy". While this seems prescient, it's also paranoid and illogical: Charles was free to remarry after their divorce, and in fact he married Camilla Parker-Bowles rather than Tiggy Legge-Bourke.

Diana made similar comments to her lawyer, Victor Mischon, who made a note of their conversation. The documentary highlights the phrase "her being or life was threatened" from Mischon's note, though it doesn't highlight the next sentence: "I frankly could not believe that what I was hearing was credible."

Diana's campaign against land mines is presented as a possible motive for her murder: "Many investigators believe that this is the real reason Diana was killed." The film's argument is that Diana was murdered shortly before the 1997 treaty banning land mines was signed, because Bill Clinton would have supported the ban had Diana lived, and the 'establishment' wanted to sabotage the treaty. Again, this is illogical, because Diana's death actually increased calls for a ban, as the BBC reported at the time: "The Princess's death re-focused attention on the issue, and pushed governments to take action to show that they were serious about banning landmines."

The documentary accuses the media of "seriously misreporting the verdict" of the inquest, as the media reported that the inquest blamed the paparazzi for Diana's death. However, the documentary itself also significantly misrepresents the verdict. At the inquest, the jury foreman stated: "The crash was caused or contributed to by the speed and manner of driving of the Mercedes, the speed and manner of driving of the following vehicles, the impairment of the judgment of the driver of the Mercedes through alcohol." The film quotes only three words - "the following vehicles" - from this verdict, and thus omits any reference to the culpability of Diana's driver.

The most controversial and implausible claims in the documentary involve Prince Philip: al-Fayed discusses "Prince Philip's Nazi background" and argues that the Royal Family are "racist". Allen repeats these statements in his narration, demonstrating that his film is merely a reflection of al-Fayed's agenda. Allen interviews psychologist Oliver James, who describes Philip as a "psychopath" despite never having met him. The voice-over states that Philip "grew up in Germany" and "studied for a while under the Nazi curriculum". In fact, he spent less than a year in Germany, and an individual pupil can hardly be held responsible for the national curriculum.

The film was shown at several trade screenings in 2011, though it has never received commercial distribution as it would require numerous cuts for legal reasons. (These are largely due to potential libels against Prince Philip.) Its only real significance is that it includes the infamous photograph of Diana at the scene of the car crash.
Categories: censorship, film reviews
continued...