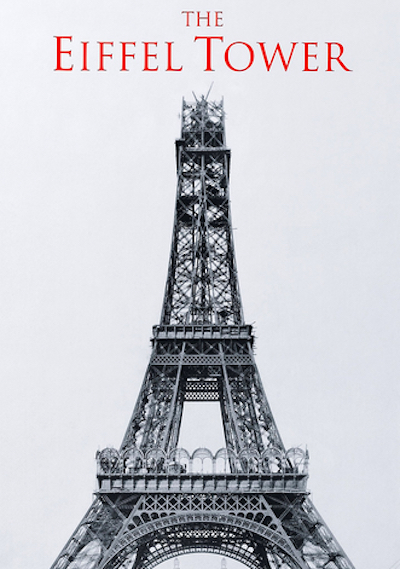 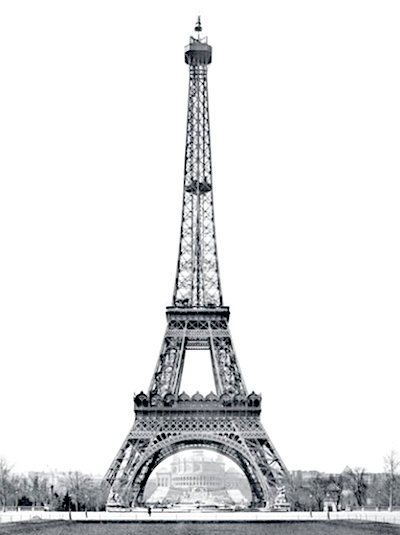 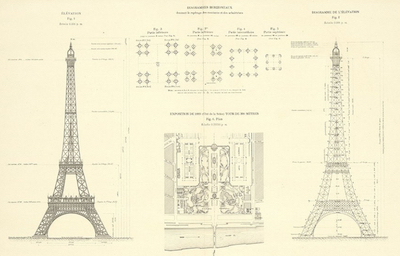 The Eiffel Tower: The 300 Meter Tower is a folio reprint of a book originally issued by Gustave Eiffel in two volumes: one containing construction photographs by Edouard Durandelle (similar to those of Theophile Feau), and another featuring architectural drawings of the Eiffel Tower. The reprint, published by Taschen, includes an introduction written by Bertrand Lemoine.

The Eiffel Tower was built in 1889 for the Exposition Universelle, and has since become one of the most celebrated icons of modern architecture. In The Shock Of The New, Robert Hughes calls it "the one structure that seemed to gather all the meanings of modernity together". A World History Of Architecture discusses the Tower's significance in the pre-skyscraper era: "Not until the completion of the Chrysler Building in New York was Eiffel's tower exceeded in height, and it remains the largest iron construction in the world".

Robert Hughes argues that various innovations at the turn of the 20th century (the Cinematographe, the x-ray, the Kodak camera, the motor car, and powered flight) offered new vantage points from which to see the world. He cites the bird's-eye view from the Eiffel Tower as the most significant of these new perspectives: "This way of seeing was one of the pivots in human consciousness. The sight of Paris vu d'en haut, absorbed by millions of people in the first twenty years of the Tower's life, was as significant in 1889 as the famous NASA photograph of the earth from the moon".
Categories: book reviews
continued...