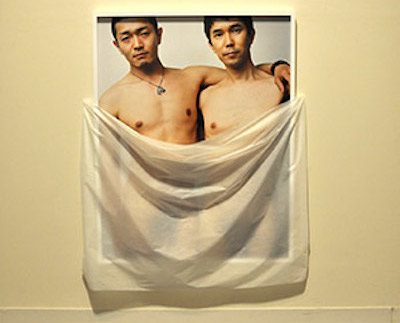 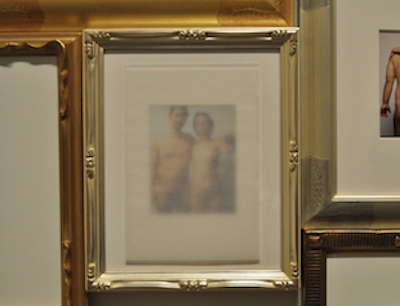 An exhibition at the Aichi Prefectural Museum of Art has been censored by police in Japan. Photography Will Be includes photographs by Ryudai Takano depicting himself and various male models posing nude. The photos were initially exhibited uncensored, despite Japanese obscenity laws prohibiting frontal nudity, though some visitors complained to the police.

On 13th August, instead of removing the twelve photographs (from a series titled おれと), the Museum draped translucent white sheets over them to partially obscure the nudity. Of course, this has also drawn attention to the censorship. The exhibition opened on 1st August, and runs until 28th September.
Categories: art exhibitions, censorship
continued...