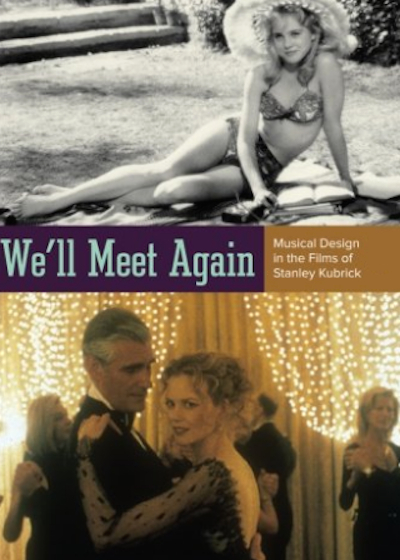 We'll Meet Again: Musical Design In The Films Of Stanley Kubrick, by Kate McQuiston, examines Kubrick's use of music and his collaborations with the composers who produced his film scores. Kubrick's contribution to the history of film music is substantial, though this has been largely overlooked in most of the books written about him.

We'll Meet Again is fascinating, not only for McQuiston's close analysis of Kubrick's soundtracks, but also because she quotes extensively from correspondence found at the Stanley Kubrick Archive. Some of these documents, such as Kubrick's letter to projectionists from 1975, are included as illustrations. (The letter to projectionists is also included as a frontispiece in Tacita Dean's book Film.)
Categories: book reviews, Stanley Kubrick
continued...